Reaching Out To Youth And Young Adults!

Today, the Archdiocese of Philadelphia announced the launch of newly revived youth and young adult ministry initiatives in the five-county region along with the appointment of Mr. Jacob King as Director and Ms. Megan Mastroianni as Associate Director for Youth and Young Adult Ministry. These appointments are effective July 5th and follow an extensive national search. Together, they will implement and oversee Archdiocesan-wide programs and provide guidance and assistance for parish based efforts. Two more staff members will be added in the coming months to provide assistance and support.

Archbishop Charles J. Chaput, O.F.M. Cap. said, “I’m very pleased that our local Church has found a viable way to revitalize and reinvigorate ministry focused on serving youth and young adults. In an increasingly secular society that marginalizes the message of the Gospel, our young people need to be engaged in their faith in immersive ways that are infused with the zeal of the Holy Spirit. This newly revived program is vital to bolstering the work done in our parishes and schools. It will contribute greatly to the holistic formation of our young people as they work to develop a mature identity based on the example of Jesus Christ.

I’m grateful to Mr. Jacob King and Ms. Megan Mastroianni for accepting the responsibility to lead these efforts and I’m confident that their experience, energy, and innovative spirit will bear much fruit. I send them my prayerful best wishes as they prepare to embrace their new roles."

In the coming months Mr. King and Ms. Mastroianni will develop a long-range plan and vision for their ministry in conjunction with Archbishop Chaput as well as consultors from parishes and schools. Those consultors will include parish youth group leaders, Catholic Youth Organization (CYO) directors, school ministers, and administrators from the Office of Catholic Education.

Mr. King, 31, is a native of Portland, Michigan. He began his career teaching Latin and Religion at Our Lady of the Sacred Heart High School in Coraopolis, Pennsylvania, located near Pittsburgh.  He then spent four years as the Associate Director of Campus Ministry at West Virginia University (WVU), which has a student population of over 28,000, with Saint John University Parish as his base of operations. At WVU, Mr. King’s responsibilities included leading Bible study groups and the Rite of Christian Initiation of Adults (RCIA) program. He also organized the annual WVU “College Awakening Retreat,” bringing nationally renowned Catholic speakers to campus. A core facet of his campus ministry also included coordinating and leading an annual service-based mission trip to the slums of Kingston, Jamaica, to work alongside the Missionaries of the Poor and the Missionaries of Charity. 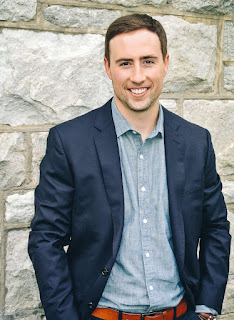 While serving at WVU, he simultaneously launched and coordinated the Youth Ministry Program for Saint John University Parish to serve high school students from Morgantown, West Virginia, and its environs.

He and his wife, Ashley, recently moved to the Philadelphia area from West Virginia. They have two young children and a third child due in November. Mr. King holds a Bachelor’s Degree in Theology with a Minor in Philosophy from Franciscan University of Steubenville and is working toward a Master’s Degree in Theology, also from Franciscan University, with an expected completion date of December 2016.

Reflecting on today’s announcement Mr. King said, “I am deeply humbled to have the privilege of serving as the new Director of Youth and Young Adult Ministry for the Archdiocese of Philadelphia. I have two main objectives. First, to be a servant to those in the trenches — priests, youth ministers, mentors, and parents who are critical to the success of the New Evangelization. Second, I want to organize the most effective ways to convince our youth that God is not a fairytale, nor is a life lived in Him one of restriction and misery. Youth does not have to be wasted on the young, and holiness can be desired even when the culture is moving away from faith and family. I am excited to begin this mission.”

Ms. Mastroianni, 29, is a native of Rotterdam, New York. She comes to the Archdiocese of Philadelphia with experience as a mentor for Catholic young women and a renowned speaker for Catholic youth and young adults.

Since 2013, she has served as Campus Minister at Mount de Sales Academy in Catonsville, Maryland, a private Catholic all-girls high school with approximately 500 students. There, her responsibilities included organizing and supervising class retreats and service projects as well as assisting with school liturgies. She focused on providing programs and speakers to enhance the spiritual and human formation of the student population.

Prior to her time at Mount de Sales Academy she worked in the Archdiocese of Philadelphia. In 2012 she served as an instructor at Saint Anthony of Padua Parish’s Preschool Program in Ambler (Montgomery County). Ms. Mastroianni is also a seasoned professional Catholic speaker who has delivered dynamic talks and presentations to thousands of people on topics including the personal relationship with Jesus Christ, the Sacraments, and the call to holiness. She has spoken at high profile international events including World Youth Day 2011 in Spain and most recently at the World Meeting of Families – Philadelphia 2015 for Ascension Press.

She holds a Bachelor’s Degree in Mental Health and Human Services from Franciscan University of Steubenville.

In reaction to her appointment, Ms. Mastroianni said, “I am honored to accept the position of Associate Director of Youth and Young Adult Ministry for the Archdiocese.  My sincere hope is that the Holy Spirit ignites the hearts of the people of Philadelphia through this new enterprise and that we can offer significant opportunities for growth both spiritually and within the community.  I am eager to serve the youth and young adults of this great city.  Please pray for me as I make my exciting transition back to Philadelphia.”

Prior to the establishment of renewed youth and young adult ministry efforts announced today, there was an Office for Youth and Young Adults in the Archdiocese of Philadelphia known as OYYA. In 2012 the programs centrally administered by OYYA from the Archdiocesan Pastoral Center were transitioned to locally based programs run by individual parishes and schools. That action was part of broad reaching measures taken by the Archdiocese at the time to reduce an annual recurring operating deficit that stood at nearly $17 million following the 2011-2012 fiscal year.

Although the recurring operating deficit had been reduced to approximately $700,000 following the 2014-2015 fiscal year, the Archdiocese still did not possess the resources to re-establish a functional youth and young adult ministerial outreach.

The funding source for the newly launched effort is separate from the Archdiocesan operating budget. It is rooted in Catholic Life 2000, a capital campaign conducted throughout the Archdiocese of Philadelphia in the early 1990s. As part of the campaign’s goal, $4 million was to be raised for a new youth spirituality center. The campaign raised $3.3 million for this initiative, but the youth spirituality center was never built. For over two decades, these restricted funds have been compounding interest and now total approximately $11 million.

The Archdiocese recently petitioned the Philadelphia Court of Common Pleas, Orphans’ Court Division, seeking to modify the original charitable purpose of these funds as outlined in Catholic Life 2000. The Orphans’ Court approved the proposed modification allowing for all but $1 million to be held as endowment funds to support youth and young adult ministry.

The budget for this new department will be limited to an annual draw of approximately 5% of the endowment principal. In accord with the court approved modification, the remaining $1 million has been set aside for capital purposes. Potentially, it would be used for the purchase, rental, and/or renovation of a facility or residence to be used by young adults who wish to share a life of prayer in a community of faith.
Posted by Dan Cirucci at 10:58 PM