Last Friday, President Donald J. Trump announced his Administration’s strategy for addressing the rogue regime in Iran and announced his decision not to certify under the Iran Nuclear Agreement Act (INARA).

The strategy the President outlined included four major objectives, the first of which is working with allies to “counter the regime’s destabilizing activity and support for terrorist proxies in the region.” President Trump also vowed to “place additional sanctions on the regime to block their financing of terror.” Third, the President plans to “address the regime’s proliferation of missiles and weapons that threaten its neighbors, global trade, and freedom of navigation.” Finally, the President promised to take necessary steps to “deny the regime all paths to a nuclear weapon.”

“We will not continue down a path whose predictable conclusion is more violence, more terror," President Trump said.

White House Photo of The Day 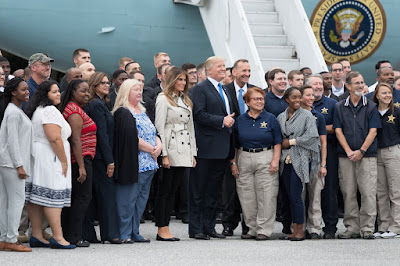