The Keen Eye Of The Constant, Quiet Observer . . . 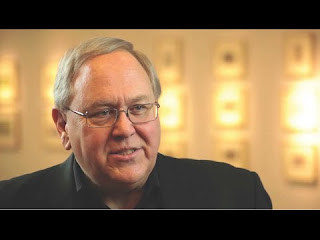 Our friend Frank Stefanko is very well connected.
Not that Frank would go around boasting about something like that. No way!
We've known Frank since he was a teenager and we can assure you his talent (and his excellent connections) are exceeded only by his modesty. And that unassuming nature of Frank's (his ability to blend into the background when he wants to or needs to) is probably one of the secrets to his astounding success.
Don't get us wrong. We don't want to paint Frank as a wallflower. He certainly wasn't when we attended Woodrow Wilson High School with him in Camden, New Jersey, and he isn't today. He's quite capable of raising hell.
But Frank has the keen eye of the constant observer. He sees things that the rest of us don't see. And he has such an uncanny knack for turning what he sees into something special -- something people want to keep and treasure -- that he's now a Very Big Deal.
Still, he's never forgotten where he came from and what he's all about. Which simply means that all of this couldn't happen to a nicer, kinder or more deeply deserving guy.
But, why let us tell you about Frank when the New York Post (one of our favorite newspapers) does a much better job of it:


Frank Stefanko was working in a South Jersey meatpacking plant when the call came. It was 1978, and Bruce Springsteen had been looking at photos that Stefanko shot of their mutual friend, singer Patti Smith, and figured that the then-unknown lenser would be perfect to do the cover of his next album, “Darkness on the Edge of Town.”
“We went for the look of an old Kodachrome snapshot you find at the bottom of a drawer,” said Stefanko, now 71 and residing in Palmyra, NJ.
Over the next 39 years . . . . Click here to read the rest of the story.

NOTE: Stefanko’s new book, “Bruce Springsteen: Further Up the Road” (Wall of Sound Editions, out in November), and photo exhibition, opening Nov. 9 at Soho’s Morrison Hotel Gallery, celebrate their decades of working together.

Click here for more about Frank Stefanko, the photographer.