BOOM! It's Not Just Jobs; It's The Whole Econmy! 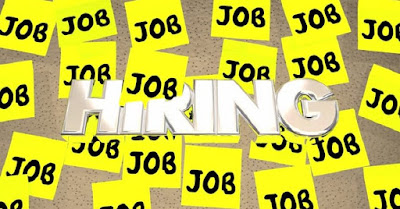 Have you seem those June jobs numbers?
Nearly a quarter of a million new jobs have been created in just one month. And this has been the norm during the Trump years rather than the exception, as our economy continues to boom.
Furthermore, these new jobs are good jobs -- most of them are in manufacturing, construction and high tech professional fields. Only a few years ago these sectors of our economy were in the tank. In fact, it was President Obama himself who said you could pretty much forget about manufacturing job growth in America. Well, Trump's roaring economy has proved him wrong.
In fact, right now a record 157 million Americans have been employed and the unemployment level remains at an unprecedented low rate.
While all this is happening, the stock market is booming, home ownership is up, poverty levels are down, far fewer people are on food stamps and joblessness is at record lows for African-Americans, Hispanics and women. And this, too: Revenue coming into the government is up -- way up!
In short, the economy is roaring ahead on all cylinders and everybody is benefiting. Everybody!
If the Democrats wanna run against this economy, we have three words for them: Bring. It. On.
Posted by Dan Cirucci at 5:53 PM