THIS Should Be Obvious IF You're Paying Attention! 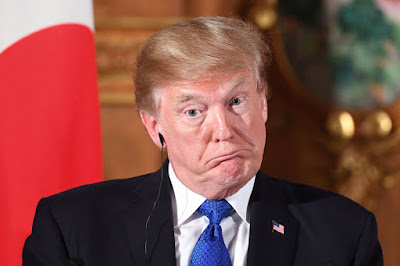 This is not very difficult to figure out. You don't have to be a historian, a political scientist or a pollster to get this.
If the election is about the economy, Trump wins.
If the election is about jobs, Trump wins.
If the election is about whether or not you are better off then you were four years ago, Trump wins.
If it's about America not being a socialist country, Trump wins.
If it's about a strong military and keeping us out of war, Trump wins.
And even if it's about world peace and security, Trump has an edge there as well.
Which is to say he's holding a winning hand.
BUT, if the election is about Trump (and this is what the Democrats are hoping for) then, Trump may have a very real problem. Because Trump is a controversial figure and his personality is combustable. And there are many people who like and support his policies but don't particularly like him.
So, between now and election day the Democrats will do everything they can to keep the heat on Trump himself and make the election all about him. Because they simply have no other issues. Nothing. Nada. Zilch.
That's why the congressional investigations will drag on and on; why they will milk the upcoming Mueller testimony for all it's worth; why they will continue to demand the release of his tax returns and why they will keep impeachment talk alive as long as they can. They don't want to necessarily impeach Trump, they just want to keep the whole thing smoldering day after day, week after week and month after month -- right up to election day. And the Democrats will be aided and abetted by the media in all this,
But Trump's still holding the winning hand.
The only way he can lose is by making himself the issue and playing into the hands of the Democrats to such an extent that people think he stacked the deck.
Posted by Dan Cirucci at 5:39 PM