Stage To Screen? Here Are A Dozen That Worked! 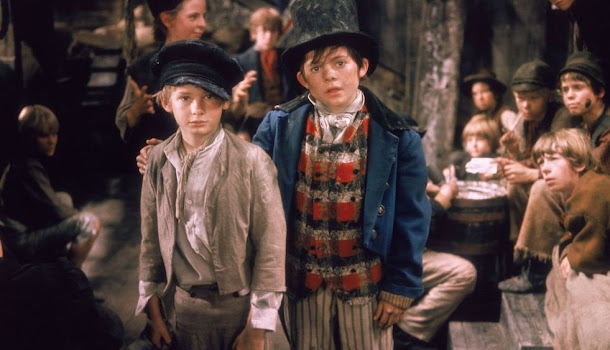 Broadway now seems addicted to turning movies into musicals.
But what about the other way around? How successful has Hollywood been at turning musicals into movies? To be sure, some non-musical movies became Broadway musicals and then their musical versions later became movies again.
In any event, for a musical, the transition from stage to film has never been easy. But when it works, the movie can become a blockbuster hit. In fact, some of these have not only become some of the biggest grossers of all time but have also garnered scads of Oscars.
In no particular order, here are a dozen of the best:

Chicago
The longest-running American musical of all time became a dazzlingly memorable movie with the twist of major characters imagining some of their musical numbers. It worked!

Sweeney Todd
The movie was way, way better than its reviews and it should have garnered more traffic and a fair number of awards. But, the subject matter was difficult, to be sure.

The Sound of Music
A instant classic, it endures because the timing was right, the story remains inspiring and its big screen debut was nothing less than breathtaking.

West Side Story
Not a particular favorite of ours but the transition to the screen seemed seamless and the show never seems to lose its appeal. In fact, it's headed back to Broadway and a new screen version is in the works.

Dream Girls
In many ways the screen version was a bigger hit than the stage musical. The story just seemed right for the screen and the cast was splendid.

Grease
Another example where stage and screen versions seem to actually feed off one another. Without Grease, where would the 50s be?

Fiddler on the Roof
Yes, we missed Zero Mostel. But could the big screen really contain him? In any event, the story adapted beautifully and proved universal.

Les Miserables
This was a huge challenge. And there were many naysayers right from the start. But Hugh Jackman, Russell Crowe, Anne Hathaway, Amanda Seyfried and Eddie Redmayne exceeded all expectations.

My Fair Lady
Positively sumptuous! Sure, Audrey Hepburn wasn't really singing but Julie Andrews still got the Oscar so it all worked out in the end -- and so did he movie.

Cabaret
Under the able direction of the quirky, manic, difficult, demanding Bob Fosse, this became an updated classic. And Liza Minelli was nothing less than stratospheric. It's still compelling!

Oliver!
It literally pops off the screen with musical numbers that envelop the audience and a classic (though nonetheless complicated) story that touches the heart. Added plus: a powerful social message.

Little Shop of Horrors
What is it about this show? We don't know. Maybe it's just the allure of the nerd. A "small" story with a big impact. It's the exception to the rule, we suppose.

Now, go ahead -- add and subtract to and from the list at your leisure.
All ideas and suggestions welcomed!
Posted by Dan Cirucci at 11:09 AM

Yes, there are so many that were botched. Thank you for your astute observation. We'll have to do a new list of those that were ruined by Hollywood.

How about Jersey Boys?