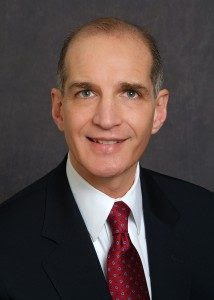 In 2016, for the first time in nearly 30 years, the Republican nominee for president carried Pennsylvania and, in doing so, won the White House. This landmark achievement didn’t happen in Washington.

It happened in places like Cambria, Northampton, York, Luzerne, Erie and so many other counties that the special interests don’t understand and to which they don’t listen. It happened because the rank-and-file, the foot-soldiers in the Trump Revolution listened to their hearts, not to the “experts.” Had we listened to the same group of political insiders and party bosses in 2016, we wouldn’t have President Trump in the White House today.

That’s something we need to keep in mind as we elect a new Republican state chairman. Outside consultants and career insiders should NOT call the shots in a state party. It’s the members – the people who discounted the pundits and poohbahs – who elected Donald Trump.

Lawrence Tabas knew this. He was in the trenches throughout the Trump victory here, alongside volunteers and party conservatives from every corner of Pennsylvania. Lawrence is one of us and he understands that wins don’t come from the top-down. They’re grown from the ground up.

That’s why Donald Trump himself called Lawrence in the spring of 2016 to make sure the Democrats couldn’t steal the election here. Lawrence went to court to seek more poll watchers. On the eve of the election, Hillary Clinton and the Democrats sued the Trump campaign with wild charges of voter harassment. Lawrence Tabas was in court within hours – getting those accusations thrown out.

It was Lawrence Tabas who assembled an Election Day war room of 25 legal professionals to monitor the election and make sure Donald Trump wasn’t robbed of his historic WIN. And Lawrence Tabas was in court in December of that year, stopping the Democrats in their desperation move to support a recount on behalf of Jill Stein.

Lawrence Tabas did that for President Trump. He did it for our party. And he did it because he represents the people here in the trenches. He knows our state. He shares our values. He is the one man who can lead our party because he knows its members.

Pennsylvanians are an independent lot. That’s why Donald Trump appeals to us. We know that that the people “down here” understand a lot more than the bigwigs “up there.”