As we enter both a new year and a new decade, it's time to look forward ad take a peak at the personalities who may be attracting attention and making news in 2020 from the world of pop culture and politics. Some of these people you my have never heard of. That's OK, because perhaps you ought to know about them. Some you may just be learning about. And some you may feel you know quite well. No matter.
We stress that this is an arbitrary list -- highly subjective -- and we present our choices in no particular order. So, here goes: 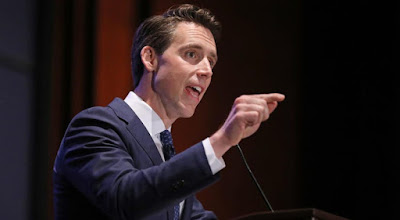 Josh Hawley
This new member of the senate from a key state is bright, articulate, charismatic and sensible. In fact, the more we watch the senator from Missouri, the harder it is for us to find a single thing wrong with him. And, naturally he's on the right side of the political spectrum.

Jenna de Wahl
She's headed to Broadway this spring to play the title role in the new musical, Diana -- yes, that Diana. It's a huge undertaking and all eyes will be on her. But if anyone can pull it off, she can.

Tom Kean Jr.
Can the state senate Republican Leader and the son of New Jersey's popular former governor take bak a key congressional seat for the GOP? We say he can -- and he will! 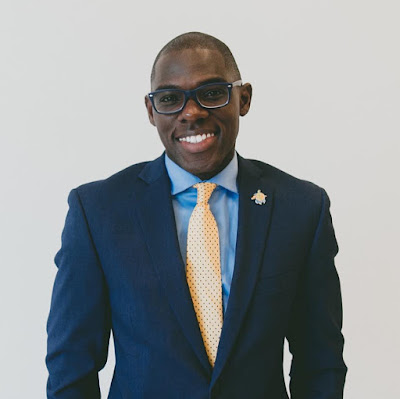 He happens to be  a Democrat  and he happens to be running for Congress in a very red state -- Oklahoma. But our sources tell us his story is inspiring, he truly lives his beliefs and he's running for all the right reasons. Refreshing, wouldn't you say?

Hugh Jackman
When he opens on Broadway next fall he's bound to be the Toast of the Town. After  all, he'll be playing a role  he was born to play: Professor Harold Hill in The Music Man! This is a guaranteed SRO!

Chris Stigall and Rich Zeoli
First Zeoli snagged Stigall's morning drive slot on Philly's 1210 AM radio, The Big Talker. Then, Stigall launched a podcast that eventually morphed into a new radio gig on 990 AM, The Answer. Now they're going head-to-head every morning. Is Philly big enough for both of them? Stay tuned! 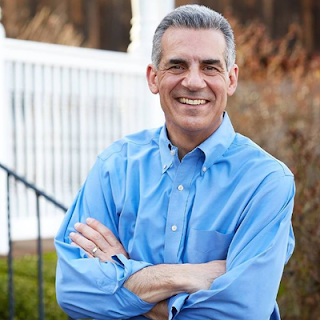 Jack Ciattarelli
We see this guy (that's 2 t's, 2 l's and twice the brio) as the one to ultimately emerge as the NJ GOP frontrunner for governor -- someone who really can vanquish Phony Phil. Jack's off to an early and vigorous start and that bodes well for 2020 -- and '21!

Adam Driver
One great performance after another from this quirky young movie, TV and stage standout who manages to hold audiences spellbound no matter the medium. And now all that Oscar buzz on the heels of Marriage Story. Wow!

Kate Gibbs
She describes herself as a "millennial Republican woman with friends on both sides of the aisle" who was raised by a single mom and is the first one from her family to graduate college. She's scrappy, gutsy, brashly eloquent and ready to end Andy Kim's nugatory term in Congress. Yo go, gal!

Richard Grenell
America's Ambassador to Germany would be the first openly gay Secretary of State if President Trump chooses to appoint him to the post and if  Secretary Pompeo resigns to run for the senate from Kansas. But, either way the highly-regarded Grenell has a bright future in the next Trump administration. 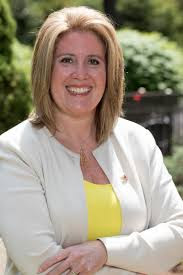 Holly Schepesi
What is it about New Jersey Assemblywoman Schepesi? Well, she's quick-witted, intuitive, engaging and remarkably candid. She has the quality of authenticity and that's all too rare among politicos. Whatever she chooses to pursue, don't ever count her out.

Brian Fitzherbert
Indefatigable? Relentless? Focused? Goal oriented? Competitive? Oh, yeah -- he's all those things and lots more. His momentum-fueled campaign for Congress in New Jersey's second congressional district hit a speed bump when Jeff Van Drew decided to switch parties. But Fitzherbert has a laser-like ability to keep advancing no matter what -- and that applies for sprints as well as marathons.

Ansel Elgort
He acts. He sings. He dances. At just 25, there's hardly anything this kid can't do. And now he's set for the key role of Tony in the new movie remake of Bernstein and Sondheim's iconic West Side Story with Spielberg directing. And he'll be in a bunch of other movies too. Get ready to be dazzled!

Alex Garcia
This regional director for the Republican National Committee in President Trump's home state of Florida will be a key operative in races within the sunshine state including the pivotal presidential battle. And he's exceptionally well-prepared for the job. Look for Florida to get the Big Red Tide rolling on election night! 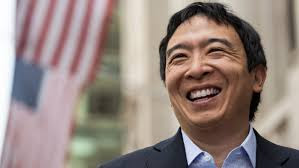 Andrew Yang
In the end he could be the only good thing to come out of the Democrat presidential race. Nah, he's not gonna get the nomination. But he's raised a ton of dough and, more importantly, many of the right issues. We see lots of good things ahead for this guy.

Mike Testa and Joe Pennacchio
These two New Jersey state senators are President Trump's campaign chairs for the Garden State. Testa's the pumped young upstart; Pennacchio's the seasoned operator. Testa brings South Jersey savvy to the role while Pennacchio brings North Jersey heft. Together, they know how to shake things up. And isn't that what the NJ GOP needs? 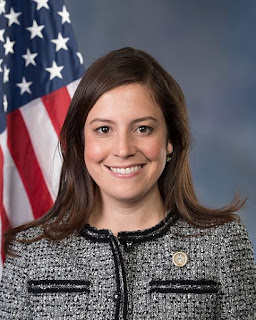 Elise Stefanik
Wasn't this New York congresswoman absolutely amazing during the House impeachment hearings? At 30, she was the youngest woman ever elected to Congress. She's feisty, insistent and fearless. Oh, we need more like her -- lots more. But for now, she more than fits the bill!

Andy Dinniman
There are still a few -- just a few -- common sense Democrats left. Pennsylvania state senator Andy Dinniman is one of them. The independent-minded Dinniman gains respect not just for fashioning solutions in a hyper-polarized era but also for his tireless and courageous championing of the environment in Chester County and beyond. Peerless!