A Prescription For 'Unnecessary Chaos!' 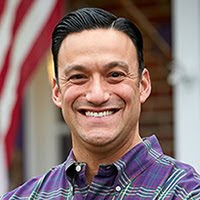 New Jersey State Senator Michael Testa (pictured) said Governor Phil Murphy’s plan to have voters cast their ballots almost exclusively by mail in the upcoming general election will cause unnecessary chaos in November.
“Governor Murphy’s plan to have everyone vote by mail will create unnecessary confusion in the upcoming general election when ballots will be cast for offices ranging from President of the United States to town council,” said Testa (R-1). “If our experience with the July vote-by-mail primary is any guide, New Jersey isn’t ready to pull off an election of such consequence by mail in a way that will ensure that every voter’s ballot is properly counted.”
Governor Murphy delayed the June primary election to July and ordered that it be conducted by mail.
Due to confusion with the mail-in ballot process and well-documented problems with the handling of ballots by the United States Postal Service, many residents have expressed concerns that their votes in the July primary were not counted.
“We have heard numerous instances of our constituents receiving letters from election officials well after the primary saying their ballots could not be counted because they arrived after the deadline, despite the voters saying the ballots were mailed on time,” said Testa. “Is this the kind of doubt and confusion the governor should be injecting into a presidential election? There’s absolutely no need for that.”
“Allowing people to spend five or ten minutes casting their ballots in person to protect the integrity of a presidential election doesn’t seem like such a great risk,” added Testa. “They spend more time waiting to check out at the supermarket. Governor Murphy should do the right thing and let people cast their votes however they feel safe, including in a voting booth.”
Posted by Dan Cirucci at 7:48 PM