Is Murphy About To Open NJ Indoor Dining? 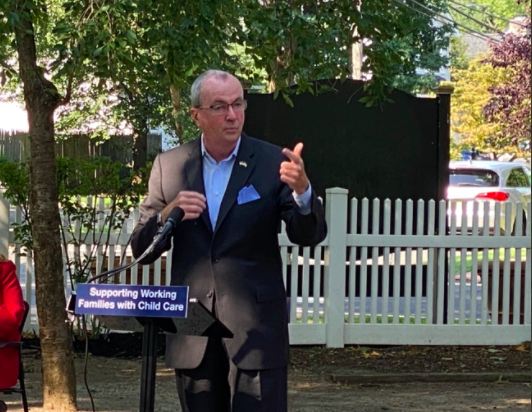 From Save Jersey by Matt Rooney
(reprinted with permission)
If you follow our good friend Art Gallagher over at MoreMonmouthMusings (the Bayshore’s top right-of-center news site), then you’ve heard about the Phil Murphy/Nicholas Barrel and Roost controversy. You might remember this restraurant – under a different name – as the fancy Middletown joint where Phil Murphy dined as motorists grappled with a November 2018 snow storm. Now it’s back in the news for its cameo role in a different larger disaster story.
Here’s the truncated version: Murphy dined there outdoors on Wednesday. At the same time (as first reported by Art), the local police reportedly showed up to investigate allegations that the restaurant wasn’t in compliance with the Governor’s indoor dining restrictions. The owner doesn’t deny letting people eat inside but says he’s in compliance with the requirement that 50% of the dining wall space be “open.” There’s a debate going on as to what exatly that means and whether the restaurant is actually in compliance.
“That’s a local reality,” Murphy demurred when confronted about the controversy on Friday; he denied noticing any indoor dining during his visit. “I don’t show up with a tape measure and try to figure out whether or not the guy’s got 50 percent of his walls open. If he doesn’t then he deserves whatever is coming his way and if he does I wish him the best. But we were outside and had a really good meal, I might add.”
A lame response? Of course. It’s what we’ve come to expect from Murphy. He doesn’t feel accountable to anyone, least of all you and me and the 9 million other people who live here.
Still, the long-term implications here could be huge for struggling restaurants hungry to restart indoor dining. 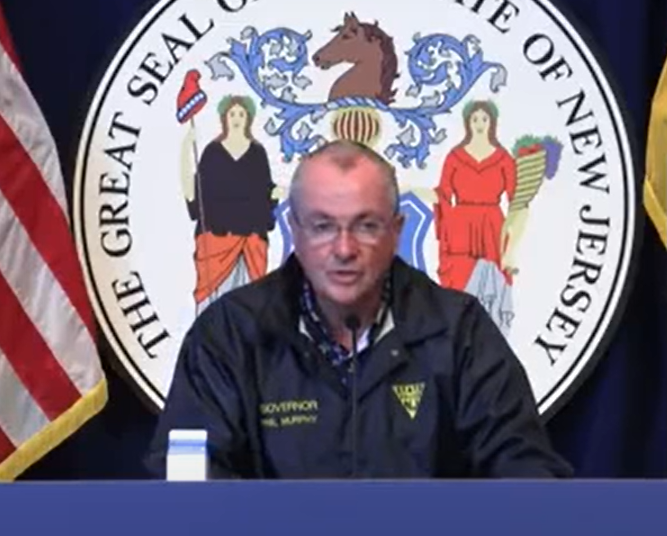 “While I was writing the original story on Wednesday night, a source tipped me off that the Attorney General’s Office was prepared to rule in favor Nicholas’s creative interpretation of EO-163–that two walls had to be 50% open, rather than that the entire structure had to be 50% open,” reported Art in his Saturday story update. “If that was the case, hundreds, if not thousands, of the New Jersey restaurants could have been hosting indoor dining since July 8 when Murphy signed EO-163.”
That last part is interesting. I don’t think it’s a coincidence that Murphy also let slip – also on Friday – that we’re “very close” to indoor dining.
Back in early June, you’ll recall how Murphy finally wrapped-up his “stay at home” order and restrictions on First Amendment activities only after hypocritically joining two large BLM protests. He got roasted by most people outside of the far-Left echo chamber, and the suddenly we had a First Amendment again in the Garden State.
My fervent hope: widespread scrutiny of his latest controversial Nicholas Barrel and Roost meal will similarly nudge the Administration in the right direction on permitting indoor dining to resume. Murphy’s “tape measure” quip doesn’t jive with his obsession with compelling compliance to his arbitrary COVID-19 rules. It’s not a good look, and political realities (not necessarily scientific or economic or constitutional ones) are all that matter to this crew.
Does he care? Or doesn’t he?
Is there a health crisis? Or not?
Are his rules grounded in science? Or something less intellectually pure?
Is he scrutinizing all small businesses? Or only the ones where he doesn’t take Tammy for an expensive date night?
It sucks that sour reactions to bad optics are what it takes to get things moving in this state under Phil Murphy but we’ll take it, for now… until we trade up in January 2022.
Posted by Dan Cirucci at 2:37 PM