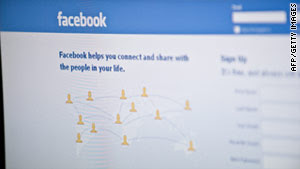 This should be a wake-up call for the gazillion people hooked on Facebook. Some are spending way too much time tending their farms, helping their mafia or making their place in a digital frontier world.

As mentioned in this story on CNN.com:

A Colorado woman told authorities she was using Facebook in another room when her infant son drowned in a bathtub, according to an arrest affidavit.