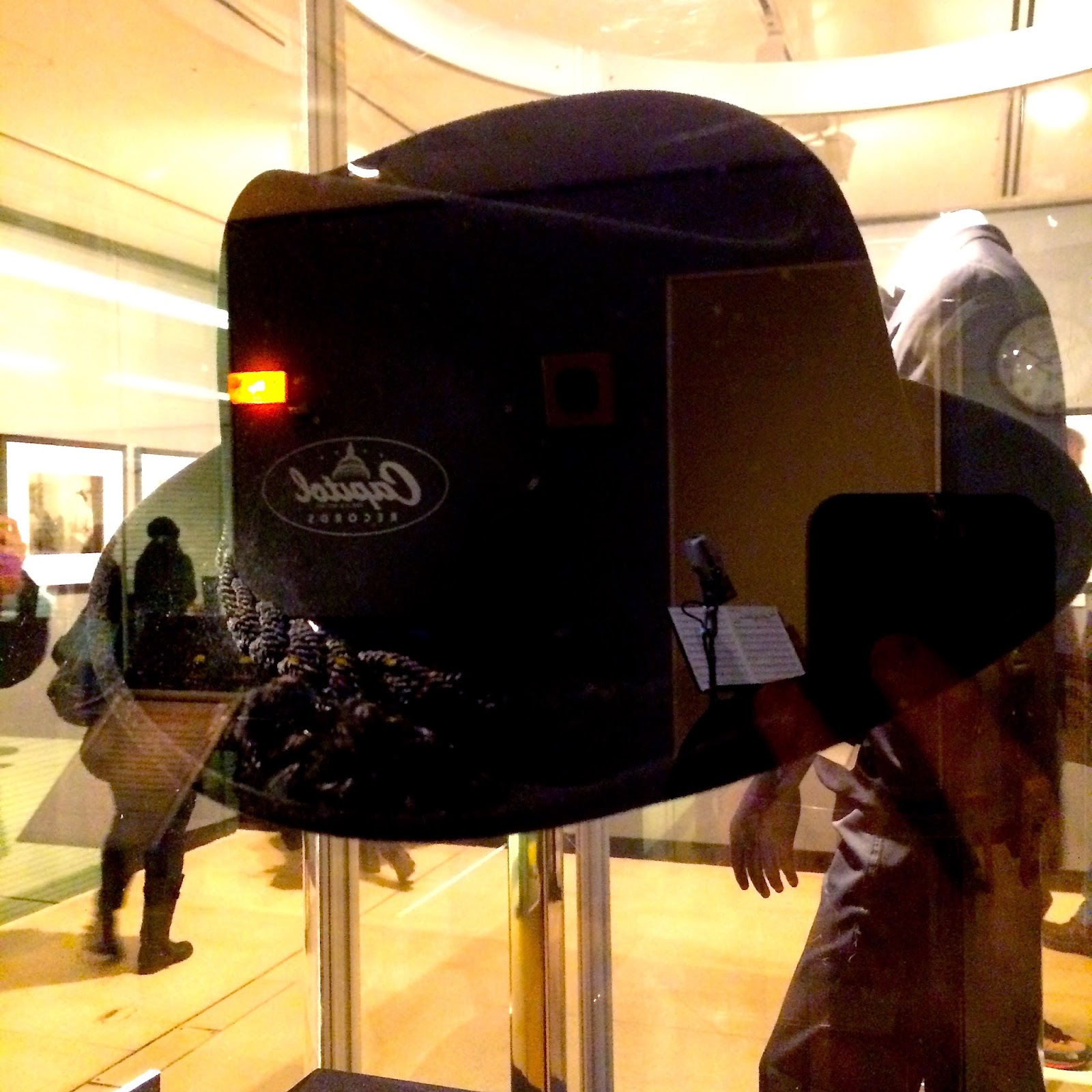 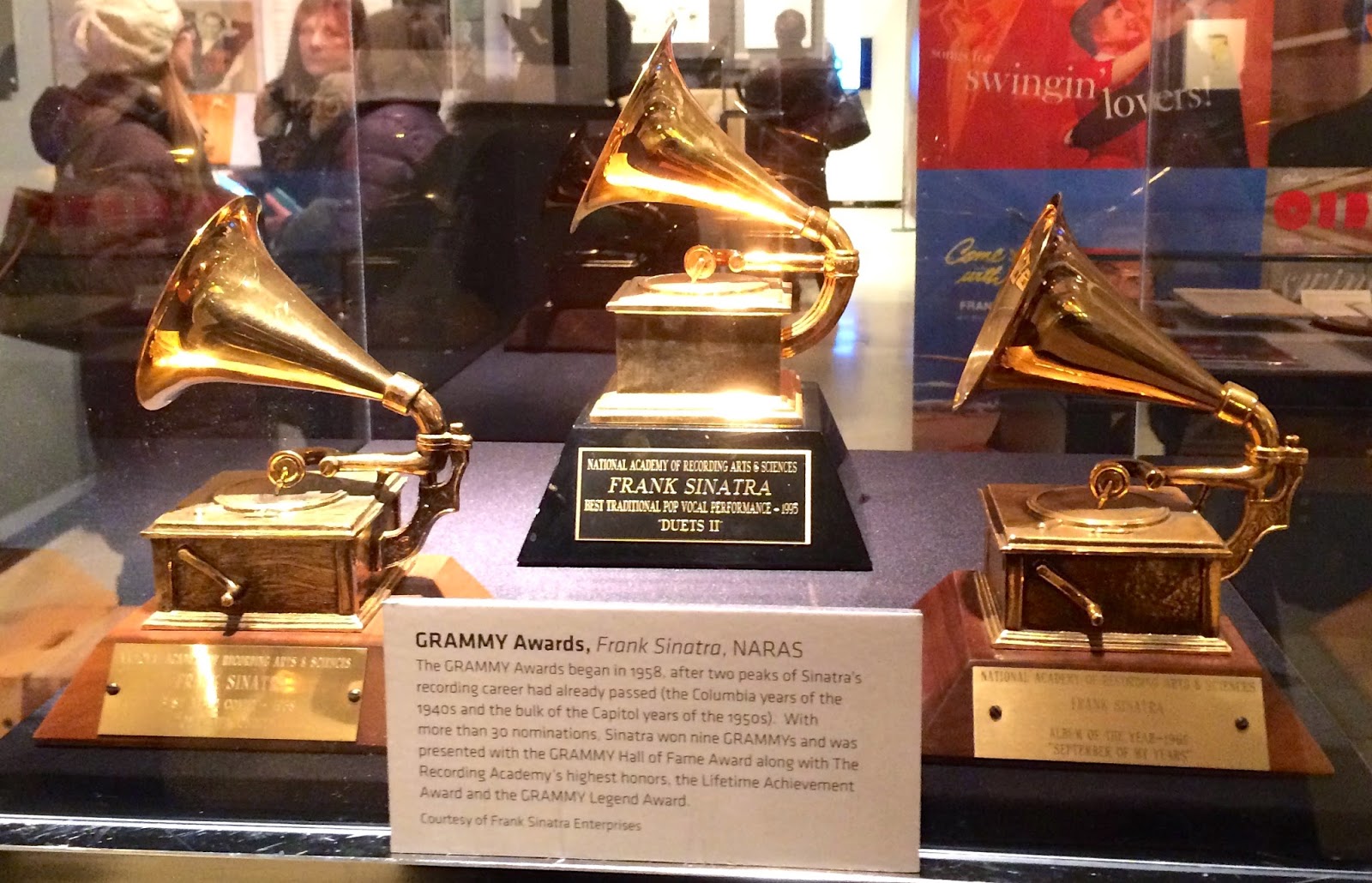 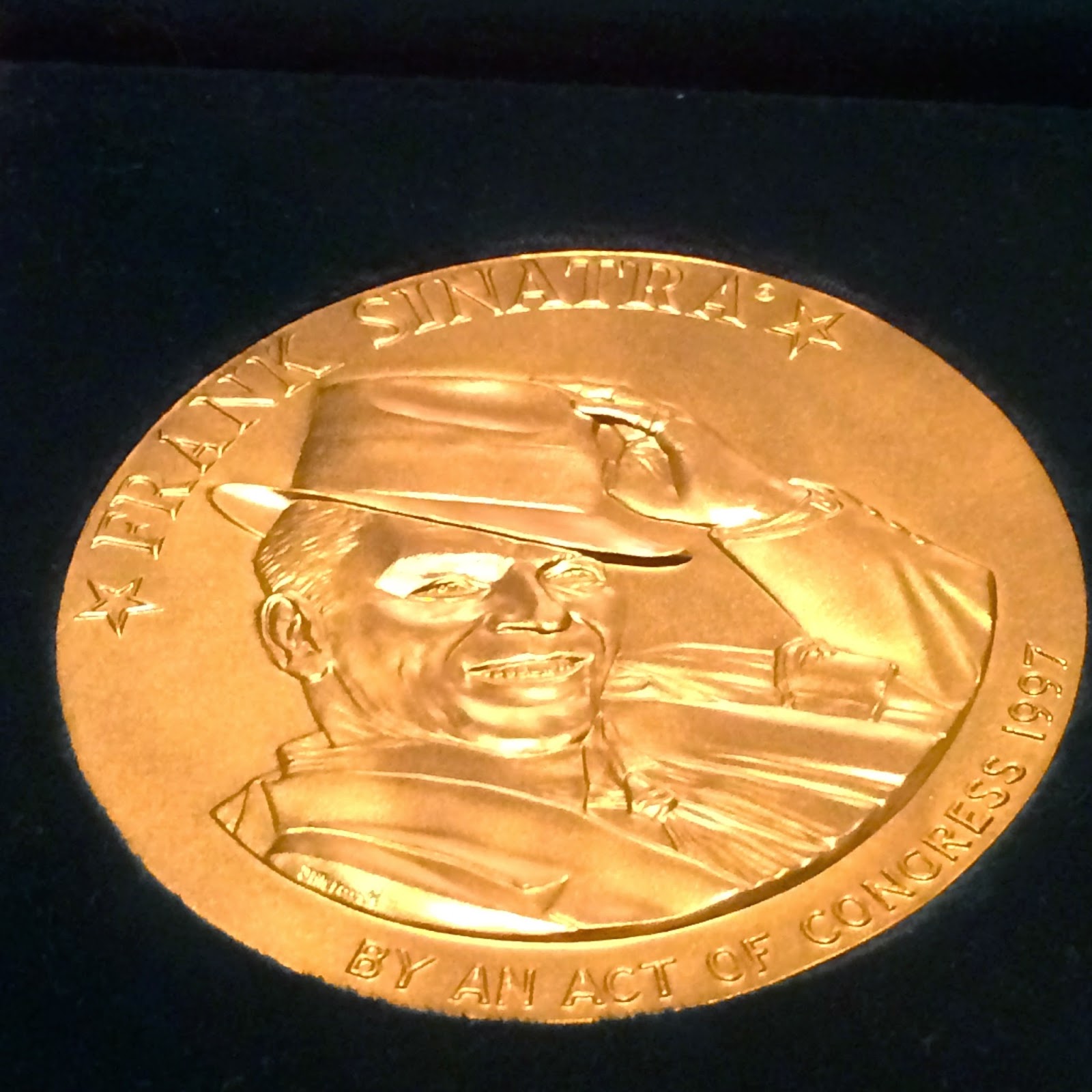 2015 marks the 100th anniversary of the birth of Frank Sinatra.
Accordingly, there will be exhibits, concerts, festivals and commemorations throughout the year.
But one of the biggest celebrations is already underway at the New York Public Library for the Performing Arts at Lincoln Center. It's an exhibition called Sinatra: An American Icon and it contains an extraordinary collection of Sinatra artifacts and memorabilia collected by his children.
Just a few of the items on display are shown above, from top: Sinatra's Oscar for the song The House I Live In (That's America To Me); Sinatra's black fedora; three of his many Grammy Awards; his Golden Globe Award for his role in From Here To Eternity (for which he also won an Oscar) and a special Congressional Gold Medal awarded posthumously -- a rare honor from the United States Congress.
The exhibit is free and runs through September 4.
Sinatra: An American Icon showcases 100 years of Sinatra legacy and was curated by the GRAMMY Museum® at L.A. LIVE, in collaboration with The New York Public Library for the Performing Arts and the Sinatra Family. Sinatra: An American Icon, presented in cooperation with the Sinatra Family, Frank Sinatra Enterprises and the Frank Sinatra Collection, USC School of Cinematic Arts, also features never-before-seen photos, family mementos, rare correspondence, personal items, artwork and recordings.
Photographs copyright 2015 by Dan Cirucci.
Posted by Dan Cirucci at 10:30 PM