Why This Is Lynne Abraham's Moment 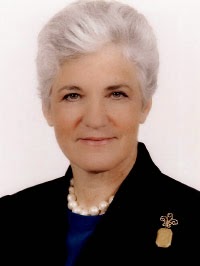 Lynne Abraham's whole life has been about public service, in the best way possible.
And through it all, never has there been a scintilla of evidence that would in any way blemish her record of service. That’s practically unprecedented in Philadelphia.
Her reputation for integrity and fearless service to the city and its residents is impeccable.
At every term — as a trailblazing woman — Lynne Abraham has had to work harder and hold herself to a higher standard to succeed. And she understood that. She didn’t complain about it. She simply did it.
When she was the first woman Municipal Court judge, it wasn’t enough for her to be above reproach — she had to be the veritable definition of the term. Likewise when she ascended to the Common Pleas court bench.
When she was the first woman DA, she couldn’t simply be tough; she had to be tougher than tough.
All along she had to maintain a certain demeanor because she really had no choice. She was “it” and all eyes were on her. And always, she rose to the challenge -- earning and retaining the trust of the people again and again.
Though she's always been authentic, now that she's running for mayor and now that, as a woman, she's reaping some (not all, but some) of the changes and advances that she helped to create, she can open up more. She can show the public a softer side; she can be more emotional, more caring (dare we say kindler, gentler) without compromising any of the rest.
And that's exactly what Lynne Abraham is doing.
It's a wonderful time for her and she's enjoying it.
Because, now more than ever,  she has nothing to hide (her life of public service is an open book) and nothing to lose.
It’s the other candidates (and their cohorts) who have to be more circumspect — the deceivers, the connivers, the inauthentic ones — the ones who are owned by others.
Lynne Abraham is who she is. Nobody owns her. She doesn't need to be packaged or programmed or branded. She is the brand.
And now, because she's been true to herself and her principles and true to Philadelphians, this really is her moment.
Count on it: She'll be nobody's mayor but yours!
Posted by Dan Cirucci at 10:08 PM