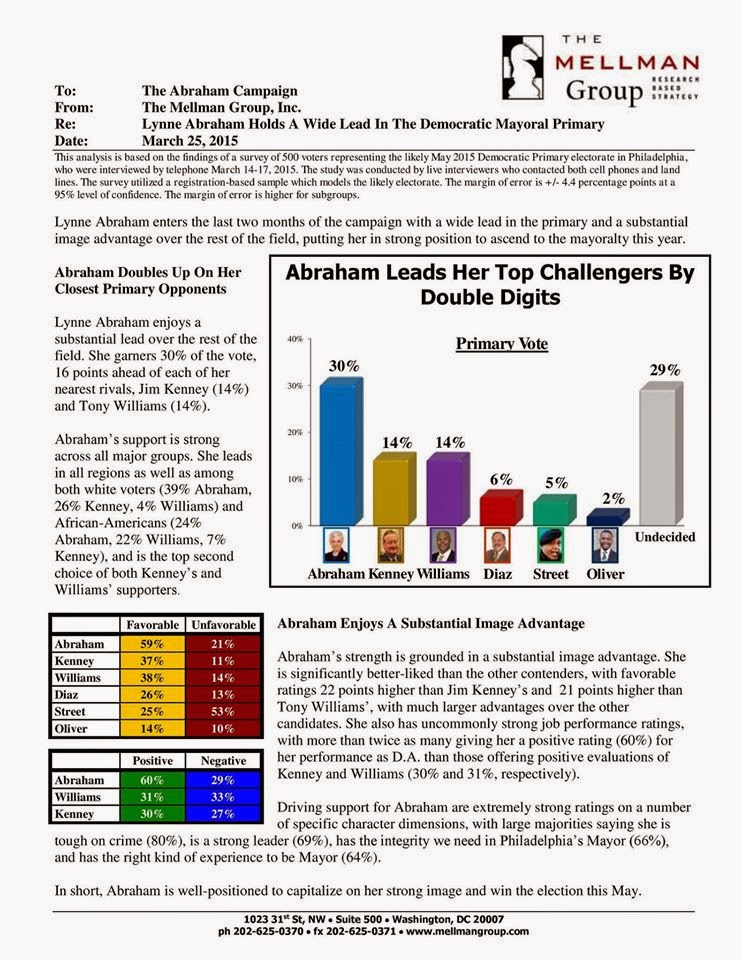 Lynne Abraham holds a commanding lead in the race to become Philadelphia's next mayor according to a poll just released by the widely-respected Mellman Group.
And, in addition to her double-digit lead Abraham has "a substantial image advantage" over her opponents.
Here's are some of the highlights of the poll:
Lynne Abraham is well-positioned going into this race. But her opponents are backed by powerful vested-interests and they are already spending big bucks to defeat her. They will spend more. In fact, it's a good bet that they will stop at nothing to derail her campaign and bring her down.

That's why it's important for all of us -- all of us who care about Philadelphia and its future -- to get behind Lynne Abraham now.