Hate And America: What's It REALLY All About? 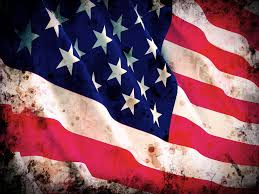 Many people feel we are consumed by hate.
They look at America and they want to know: How did this happen? Where did this come from? How did we seem to get to such an ugly place?
People are worried. They're troubled. And they're justifiably concerned for the future.

It's easy to make snap judgements while you're living through something. You're typically so overwhelmed by the events of the moment -- often horrifying events these days -- that you jump to conclusions. It's only natural. And, it's often a coping mechanism as well.
History will eventually judge whether we're living through a more hateful or divisive time than we've known before. But that will take decades.
The best way to look upon recent events is to step back for a moment, take stock and try to put things in perspective. So, let's try.

To begin with, the whole sweep of American history is not particularly tranquil. We were born in conflict and struggle and, as we turn back the clock, we see that our national landscape is dotted with hatred, division, conflict and violence.
But if you know anything about the history of Europe or Asia (or any of the other continents) and you visit those areas you will find that you are literally walking over the graves of literally millions who have perished in wars -- wars fueled largely by the blood of tribalism.
Indeed, the age-old tendency toward tribalism knows no national identity nor particularly religion, philosophy, or belief. Sadly, it appears to be part of the human condition.

This is why so-called civilized societies have attempted to embrace moral standards, manners, codes of ethics, standards of behavior and so forth. They're meant to be a check on our most vile tribal instincts. This is what the Ten Commandments are all about. Ditto the Justinian Code, the Code of Hammurabi, the Magna Carta, common law and even our own Constitution. But somewhere along the line it seems that something may have unraveled -- that we've drifted away from these.

One problem is that a kind of rampant moral relativity took hold. In the celebration of "specialness" that the second half of the last century seemed to usher in, everything that was different and unique and then bizarre and then radical and eventually even aberrant -- well, that all became OK. And then it became just fine. And before we knew it, it seemed to assume the mantle of preferred. We've gotten to a point where the bizarre and the obtuse and maybe even the evil stuff of the world is so magnified and pervasive that it's just not shocking anymore. Indeed, all too often it's actually celebrated by many and accepted by the rest as the new norm.
That's truly dangerous!

The 1960s came to be a sort of watershed moment for America.
The decade was marked by rebellion, riots, violence in the streets, assassinations, discord, upheaval, unending accusations, invective and yes, hatred. I'm not sure we ever really got over it and nothing has seemed quite right since.

During this same period a very wise scholar sounded an ominous warning signal.
The great communication philosopher Marshall McLuhan said that the rapid pace of technology was catapulting us into a global village where we were increasingly linked by instantaneous communication. Professor McLuhan was heralded as a visionary who foresaw a world where we would all be brought together -- where our differences would melt away as we were linked with one another and got to know each other better.
But McLuhan cautioned that we ought not feel quite so optimistic. As he tried to explain, the cyber age that was approaching would usher in a vast deconstruction -- an unparalleled transformation that would leave us in a zillion little pieces. This is what would happen when the power of mass communication would be literally at everyone's fingertips. What he foresaw actually depressed McLuhan because he knew this shift of power would open the door to a multitude of tribes -- tribes that would unleash renewed tensions; tribes that would trigger dangerous hostilities; tribes that would be at each other's throats and tribes that could destroy revered pillars of order, sanity and social stability

In an interview in 1977, McLuhan was asked why binging us closer together through electronic communication would not create a world of greater acceptance and understanding. Here's how McLuhan answered:


The closer you get together, the more you like each other? There’s no evidence of that in any situation that we’ve ever heard of. When people get close together, they get more and more savage, impatient with each together….The global village is a place of very arduous interfaces and very abrasive situations.

In more scholarly philosophical language, McLuhan explained all this as follows:


". . . .the instant nature of electric-information movement is decentralizing——rather than enlarging——the family of man into a new state of multitudinous tribal existences. Particularly in countries where literate values are deeply institutionalized, this is a highly traumatic process, since the clash of the old segmented visual culture and the new integral electronic culture creates a crisis of identity, a vacuum of the self, which generates tremendous violence——violence that is simply an identity quest, private or corporate, social or commercial . . . ."

Understand that McLuhan said all this 20 years before the invention of the world wide web. Know that we are living through very difficult and perilous times -- a degenerative period of enormous disruption. And this is not unique to America, though the decomposition that we are witnessing impacts developed nations such as ours more directly because, as McLuhan explains it: "The aloof and dissociated role of the literate man of the Western world is succumbing to the new, intense depth participation engendered by the electronic media . . . "

We face a daunting task. Where to turn?

Obviously, we must also call upon what Lincoln described as the "better angels of our nature". In the end, we would do well to look to those who help others; those who bind up wounds; those who face down evil boldly and courageously; those who sail against the tide. Imagination and innovation must be put to use for the greater benefit of all. We also need to find a sense of goodness once again among ourselves; to exchange cynicism for honest belief; to rediscover virtue and to dare to call upon a power higher than ourselves for the help that only He can provide.
Avanti!