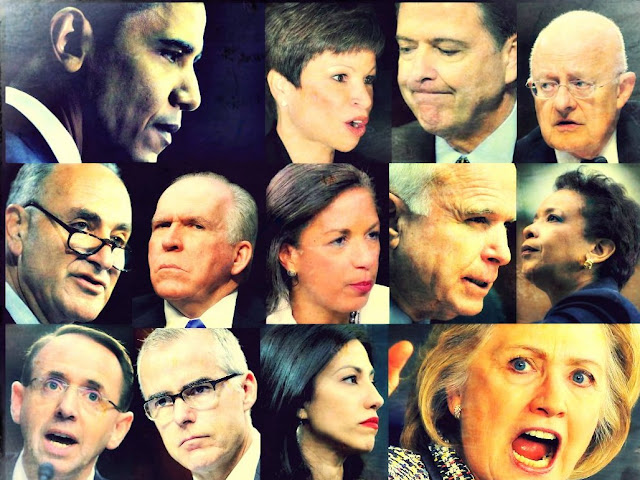 I tried to tell them.
I really did. More than once.
But they didn't want to listen. And even when they seemed to be listening they actually never really heard me.
I'm talking about my liberal friends and what I tried to tell them several years ago. I told them they were pushing too hard, too fast, too soon. I warned them that their confrontational approach to their cause was not working. I told them that "in your face" politics was turning people off -- that it was not the path to productive results. I cautioned them not to get wrapped up in identity politics because, in the end, factionalism is not the route to a governable mandate. "You're balkanizing our country," I told them. And I expressed to them how worried I was about putting a label on every American and chopping our country up into fragments.
All the while, I tried to remind them of the broader picture: that it's a big country; that their's was not the only viewpoint; that they held no exclusive copyright on smarts or insight; that less-vocal, ordinary, hard-working, everyday Americans were just as passionate as they were and that they risked rousing a sleeping giant -- a giant that would eventually be heard.
But my liberal friends didn't want to hear it.
They answered me with tired talking points, trivialities, accusations, dismissiveness and, eventually, name calling.
And then, all of the things I warned them about coalesced on election day 2016. And the sleeping giant emerged, roiling the political landscape with the sort of force and power that, to some extent, even surprised me. It was truly breathtaking -- the biggest earthquake in American politics in nearly 70 years.
Now, in the immediate aftermath of this you would have thought that the losing side would have at least stepped aside for a moment, considered the new realities and maybe adjusted course, even just a bit.
But they did nothing of the sort!
Instead, they dug in. They hunkered down. And from their bunker (full of ruin and devoid of any semblance of reality) they began to build the foundation of a shrill, defiant, freakishly ugly new movement called The Resistance. And it's as if they went out of their way to collect the biggest bunch of menacing misfits they could find to lead the garish, bombastic, bellicose Parade of The Resistors.
Theoretically, sensible, well-grounded people would have run away from this as fast as they could.
But instead, this wild-eyed element was actually embraced by academia, the dominant media, the liberal "establishment" and what used to be the Democratic Party of Jefferson, Jackson, FDR, Truman and JFK. These so-called "elites" (along with the usual flaky Hollywood crowd) did their best to lend this aberrant army an air of legitimacy.
But it was not to be.
Because a mob by any other name is still a mob.
And that's what we wound up with and what we're still confronted with now -- a mob of miscreants bent on destroying any semblance of the rule of law, due process, presumption of innocence and constitutional government itself.
This is what it's come to.
Yes, it's really scary. And it happened because liberals wouldn't listen. They wouldn't come to their senses. They allowed themselves to be co-opted -- subsumed, really -- into this crazy cult of totalitarian intolerance. They've become the hatred they never wanted to see in the world.
To be sure, it's way beyond anything I feared. And it's not likely to subside anytime soon -- not likely to go away.
So, the fight must continue. And the resistors must be vanquished. Because if democracy is to survive,  tyranny cannot prevail. Not here, not now, not ever.
This is America. And those of us who understand the wholeness and fullness and enduing resolve of America united have now shown that we know how to fight -- and win.
Still, while this latest victory is sweet, we cannot rest. If we are serious about making our democratic republic work as the founders intended, we can, must and will fight on.
Avanti!
Posted by Dan Cirucci at 3:12 PM