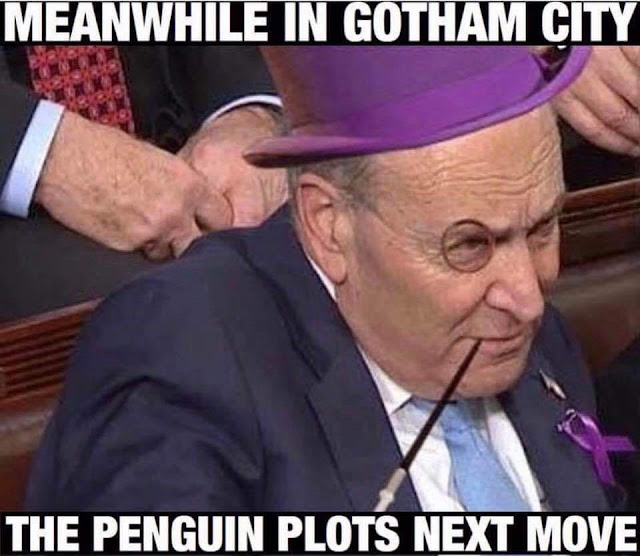 Among the many inadequacies of the dominant liberal media, one stands out: they simply do not pay close enough attention to what President Trump says and when he says it. In their efforts to discover outrageous presidential pronouncements, they overlook many utterances that provide invaluable keys to    the president's thinking and strategy.
Let's look at just two instances that occurred recently.
In a rousing speech to supporters in advance of the Kavanaugh confirmation vote in the Senate, the president urged his followers to toughen up as they faced the menacing liberal mob gathering in the nation's capital. To paraphrase, here's the essence of what the president said:


Ya gotta be a warrior. Ya gotta fight. If you can't be a warrior, then you need to put your thumb in your mouth and run to mommy and say: "Mommy, mommy -- I wanna go home!"

President Trump is a fighter.
And it's not simply that he's not afraid of the fight. No, it's that he actually relishes a good fight.
Because, deep down, he realizes that nothing that is worth winning comes without a fight. And he wants everything that's worth winning. On some level, he also understands that struggle is part of life. It can't be avoided. So, speaking in the street language of his native Queens, Trump not only urges Trumpsters onward but he also serves notice to them that he expects them to be tough and able to fight as hard and as long as he does.
For traditional Republicans, the idea of a real, honest-to-goodness brawler as leader took some getting used to. The country-club set often considers itself way too genteel for this kind of bruising, hard-knuckled battle.
But Trump's working class loyalists and the rest of his middle America army have been waiting for a general like this for a very long time. He gives them tough love. And he warns them not to buckle under pressure. It's sort of like he's saying: "Show no weakness when you're up against an enemy like this." And they love the way he challenges them and urges them on to the front lines.
Now, consider something that Trump said in yet another speech to supporters, but this time after the Senate vote assured victory in the Kavanaugh confirmation battle:


You don’t hand matches to an arsonist, and you don’t give power to an angry left-wing mob. Democrats have become too extreme and too dangerous to govern. Republicans believe in the rule of law - not the rule of the mob.

Here, Trump wastes no time in turning the tables on the enemy.
Where his opponents questioned whether Trump was too crazy to govern; Trump now declares that it is they who are extreme, crazy and dangerous -- too dangerous to govern.
In planting this notion in the public's mind, he lays out the powerful new question that voters must now grapple with: Are we to be governed by the sound, stable, steady forces of the Rule of Law or the reckless, destructive, unpredictable whims of an angry mob?
In the world of President Trump, victory merely lays the groundwork for further struggle, new battles and new triumphs.There is little or no time for resting on your laurels because the president keenly understands that the enemy is always laying in wait.
But the media are so enclosed in a blue bubble  (actually, a vast echo-chamber where they are intoxicated with their own sense of self-importance) that they've missed all this and they're still scratching their heads wondering how Trump manages to chalk up one big win after another.
Meanwhile, for Trump's Troops there's no mystery in all this. That's because they've come to understand that fighting the fight in the trenches, day-in and day-out in the real world where Americans live and prosper produces positive results and is, in the end, the best way forward.