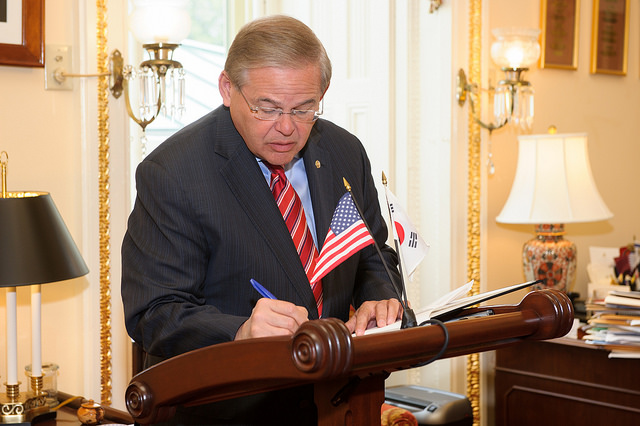 And now, some URGENT insight from our friends at Save Jersey:

History is repeating itself, Save Jerseyans. It does every cycle.

In 2017, Kim Guadagno ran a 100% factual, fair and appropriate advertisement attacking Phil Murphy’s reckless ‘sanctuary state’ policy proposal. Rather than simply report on the ad? And the campaigns’ respective positions? The Media took sides, savaging Guadagno and accusing her campaign of race-baiting.
Here we go again.
Bob Menendez WAS investigated by the Federal Bureau of Investigation (FBI) for allegations of engaging child prostitutes in the Dominican Republic, something which would have absolutely been treated as a crime here in the U.S. if probable cause was established despite what Menendez’s lawyers have argued.


The allegations WERE corroborated, per the FBI. The Hugin campaign even laid it all out quite plainly for the media in a press e-mail blast, supporting each and every item referenced in the ad:


FACT: The FBI and President Obama’s Justice Department had specific, corroborated evidence to back up allegations that Senator Menendez had sex with underage girls in the Dominican Republic. Those women never recanted. It’s also important to note these are not the same women who recanted in affidavits released by Dr. Melgen’s cousin.
FACT: The FBI also discovered a “black book” listing Menendez 9 separate times alongside the names and phone numbers of multiple women in what an FBI agent testified looked to be a ledger of prostitution activity.
FACT: The pilot of Menendez’s friend, convicted felon Salomon Melgen, also testified he flew “young girls” who “look[ed] like escorts” on Melgen’s plane. In addition, the FBI confirmed that young women who received substantial sums of money from Dr. Melgen were at Casa De Campo at the same time as Menendez.
FACT: Confronted with the FBI’s corroborating evidence that placed Menendez in the same place at the same time the alleged sex with underage victims took place, Menendez lied. The Obama DOJ called his denials “demonstrably false.” Menendez and his legal team argued in federal court documents that these allegations, even if true “would hardly be a crime.”

Those are FACTS. Not opinions or theories or random, partisan slurs.
Charges were never filed all the same. That’s true. There ARE problems with the allegations Turn on the news: in case you haven’t heard already, these types of cases aren’t easy to prove in almost any context. You don’t have to be a lawyer, in 2018, to know that.
But Hugin’s ad does NOT accuse Menendez of a crime.
What it does strongly infer? After Menendez SAVAGED then-Judge (now Justice) Brett Kavanaugh over uncorroborated allegations? Bob Hugin and his team have every right — and I would argue a civic responsibility — to call Menendez out for his glaring hypocrisy on the issue of how our society’s elites (like Menendez) handle sexual assault allegations in a hard-hitting television spot (click here).
Are all women to be believed, as Menendez demanded in the Kavanaugh context? Or not?
Are we innocent until proven guilty? Or something less-than?
Are allegations more credible in the eyes of the court of public opinion simply because the culture tells us Republican males are more likely to be patriarchal, predatory scumbags? Notwithstanding the fact that the vast majority of recent public sexual misconduct scandals feature Democrats in the starring roles?
It’s all totally, 100%, unarguably fair. We should discuss it. There’s no better time to discuss it than when the American people can vote on it.
But our Media isn’t fair. Hasn’t been for a long time although it’s getting worse. Here, as in 2017 and many times before, the Media is choosing sides rather than simply reporting the facts.
Manipulating, not informing. 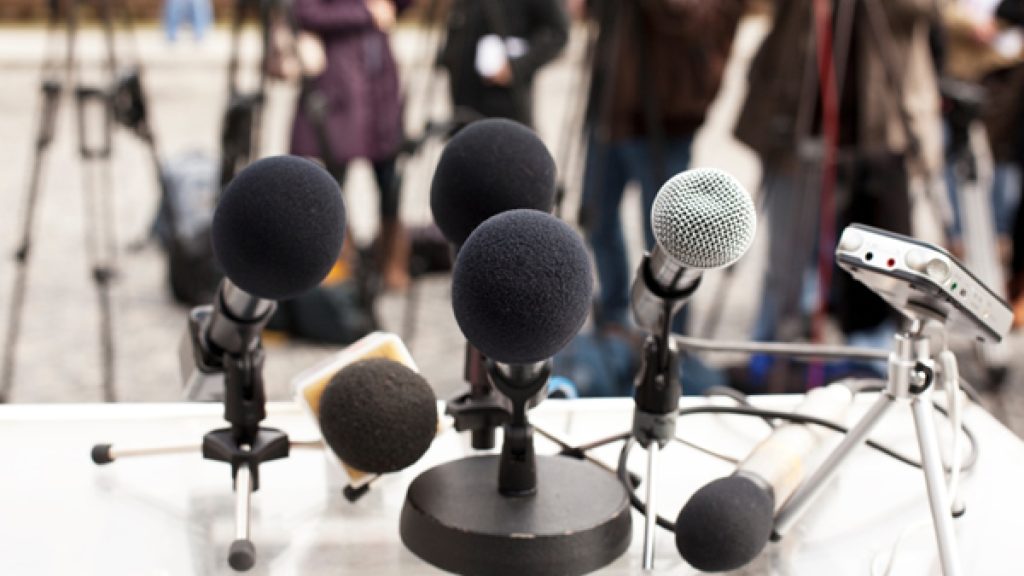 NJTV’s geriatric front man Michael Aron, who regularly moderates debates for a reason known only to the fifteen people who watch NJTV, went on television last night and dismissed the ad as “below the belt.”
Politico’s Matt Friedman, whose work I often respect but who is nevertheless unapologetically aligned on the Left side of the spectrum, openly mocked the story’s credibility on Twitter with a heaping helping of his characteristic snark.
Sal Rizzo (a former N.J. reporter now working for the Washington Post) authored a “fact-check” blasting Hugin’s TV ad but FAILING TO ADEQUATELY EXPLAIN WHICH HUGIN FACTS ARE WRONG.
Excuse me, fellas, but since when is it the Media’s job to tell us WHAT to think?
You’re not editorial page writers. You’re journalists.
Instead of reporting the facts (including those that support AND undermine the allegations), the campaigns’ respective responses, and then LETTING US DECIDE… you defend one side. It’s as bad as if a criminal judge, at the start of a criminal trial, told the jury that the defense’s theory was bullshit, wrong, or dare I say “below the belt” before either the state or the defense even rested!
You can’t remain neutral/credible/helpful to the democratic process when you declare for all the world, three weeks from an election, that one side is lying especially when you can’t even cite a single fact in the ad that’s wrong!
To summarize? Here’s what matters in this case: allegations were made against Menendez and Kavanaugh. The former’s WERE corroborated, per the FBI. The latter’s were not. It’s 100% fair for the challenger, Mr. Hugin, to ask why his opponent, Mr. Menendez and his apologists, are applying different standards to sexual assault allegations.
That’s all the damn ad says.
And when reporters stop reporting and act like liberal bloggers?
The reliability of today’s independent (!) press is rightly called into question. It’s also no longer a mystery (if it still was for anyone out there reading this) why the traffic of websites like Save Jersey is exploding. We’re painfully honest, absolutely biased, and completely open about it all! No one can say the same for today’s old guard and mainstream media publications, and that’s an indictment of an industry which used to be the envy of the free world.
_
Posted by Dan Cirucci at 2:10 PM

I'm voting for Bob Hugin.I have met him and researched information about him. The man is who he says he is and a great American. If you did not know anything about Bob Hugin and just looked at Menendez, you'd be frightened by the man.He should be representing New Jersey. What has he done? We have the highest property taxes in the nation.We are #49 in getting money from the government.So 48 states get more money from the government than we do. We score low in patriotism, high in stress. Everyone knows someone who is thinking about moving out of state or has moved out of this state. Going in this direction, we will look like California soon. NJ has great people. These people deserve more than this. Bob Hugin is focusing on New Jersey. Menendez has been Senator since 2006. Its time. Its time for him to go.Its time to start voting for us.If you keep voting for the same people, you will get the same results.Start to think of NJ especially with your vote on Tuesday November 6th. Polls open 6am-8pm

Thank you so much for your thorough and insightful comment!