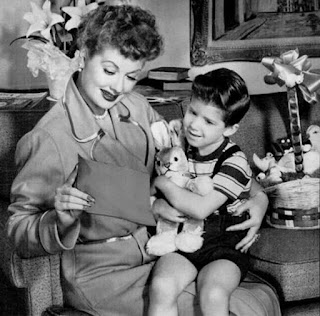 Remember 'Little Ricky' from the I Love Lucy TV show?
He was one of the first childhood stars of television.
And he had a vast audience. In fact, the episode that depicted the night when Little Ricky was born was, for decades, the most-viewed show in TV history. And coincidentally, it was also the night that Lucille Ball (who actually was pregnant at the time) gave birth to her real son, Desi Arnaz Jr.
But Desi Jr. did not play Little Ricky on I Love Lucy.
At various times, that role was played by twin brothers and, most notably, by Richard Keith whose real name was last name was Thibodeaux. But that name was too hard to pronounce so Desi Arnaz gave him the name Keith.
Thibodeaux says he remembers the day in 1955 when his father brought him to audition for the role of Ricky Ricardo Jr.
"I walked on the set and there was Lucy, she was standing there and she was looking at me," he said. "She said 'OK he's cute, but what does he do?' My dad said, 'Well he plays the drums' and she said, 'Oh, come on--I can't believe that.' Then, she says 'Look, we have a drum set over there, go ahead and let him play.' Eventually Desi Arnaz himself came over and started jamming with me on the drums and then he kind of stood up and said 'Well, I think we found Little Ricky.' 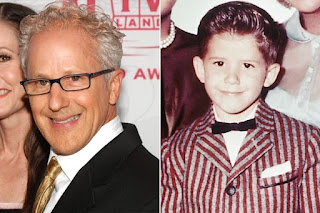 It's been reported that when Richard turned 21, he received a trust fund set up for him during his days on I Love Lucy. Today, he is 68 years old and is also the last surviving regular cast of I Love Lucy.