And THEY Wanna Be Trump's Judge And Jury? 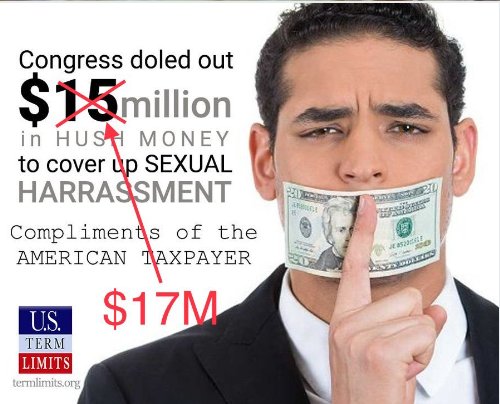 Congress used $17 MILLION of YOUR tax money to cover up the alleged sexual misdeeds of its own members. $17 MILLION in hush money from a taxpayer-funded slush fund!
Yet, they won't tell you who the alleged perpetrators are, who the supposed victims were and where all the money went. And Big Liberal Media types are not forcing Congress to tell either -- nor are they investigating all this further.
It's just another day of life in the vast, dirty, ugly, beast-infested swamp.
And yet THESE people want to stand in judgement of others, including the President of the United States!
Baloney!

One of the duties of the Congress is to provide oversight of the Executive Branch of government. It's called Checks and Balances. It's in the Constitution. It's their duty. Granted, Congress may do some sleazy things, but investigating POSSIBLE misdeeds by the Executive Branch is part of their job. In the case of the slush fund you speak of, the press needs to expose this in more detail so the people can respond.

There's an old rule that says: Clean up your own house first!