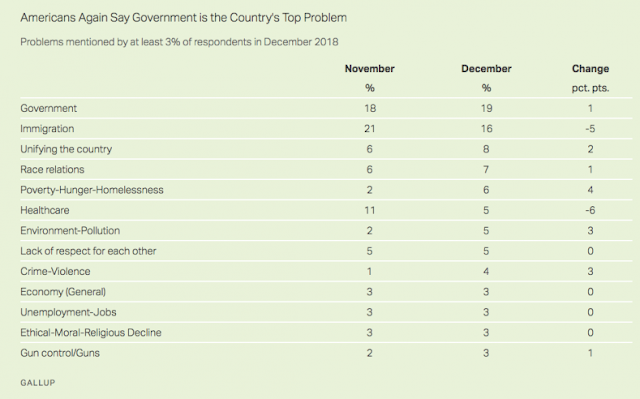 It was back in 1981 that Ronald Reagan said "Government is not the solution to our problem; government IS the problem."
Remember that?
Well, a just-released Gallup poll finds that Americans now feel that the number one problem facing the country today is . . . . government, followed by immigration!
And the survey results aren't even close. Government and immigration were identified as #1 and 2 by a wide margin, way ahead of other problems such as unifying the country, race relations, poverty, healthcare and the environment.
Gun control and guns were at the bottom of the list. Also down near the least-concerning issues were unemployment, jobs, crime and the economy.
Of course, the Democrats want to give us more government at the exact time that Americans feel that government itself is our biggest problem.
Go figure!