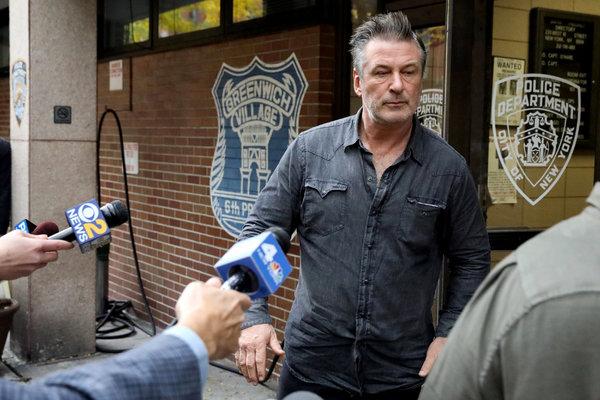 Sadly, 2018 was a big year for snakiness, vulgarity, vituperation and outright hate.
And most of the ugly bile came from liberals -- loud, relentless, angry lefties inside the beltway, in Washington, on Broadway, in Hollywood, in academia and, of course, in the media.
You would think these modern-day scoundrels would realize just how foolish they look and sound. But it never seems to work out that way. And this was a banner year for these despicable ones.
So, here in no particular order, are the top 18 scoundrels of 2018 -- all contemptible:

1) Marc Lamont Hill
The Temple University "professor" who called for a free Palestine “from the river to the sea,” a phrase used in extremist, anti-Israel screeds. He pretty much refused to completely apologize for his anti-Israel rant and the university did almost nothing to stop him as school trustees mostly ducked the issue. Shameful!

2) Joy Behar
Day after day this loudmouth launched hateful comments at just about every member of the Trump family and anyone even remotely connected to them. All along, the truth never mattered to her -- and still doesn't! Phony foghorn!

3) Mayor Jim Kenney
Philly's mayor actually did a silly little video jig when misguided judges appeared to protect the town's sanctuary city status. Kenney laughed and celebrated as innocent American citizens continued to become victims at the hands of illegal aliens. And he couldn't even bring himself to issue an appropriate remembrance when President George H. W. Bush passed away. Cheap and tawdry!

4) Robert De Niro
An Oscar-winning actor who turned out to be nothing more than a foul-mouthed thug. Not only is he way too old to be acting this way but he's also suffering from Trump Derangement Syndrome (TDS) on steroids. Lascivious loser!

5. Nancy Pelosi
OK, so the Reconstructed One lives to fight again. But this is such a treacherous high-wire act that she can't even face a government shutdown without running off to Hawaii and hiding at some posh resort. And she still can't put a decent sentence together. Limousine liberal!

6. Colin Kaepernick and Nike.
It's hard to say who was worse here -- the campaign's face/spokesperson or the company that launched the campaign. Equally despicable: those who continued to buy Nike products. Fool's follies!

7. Don Lemon
The CNN host who said "the biggest terror threat in this country is white men" and then refused to back away from this statement and several other incendiary comments. Of course, the aptly-named [sour] Lemon enjoys his status as a member of two protected classes -- gay and black. Peevish!

8. Dianne Feinstein
This woman unleashed Christine Blasey Ford on the public and almost single-handily destroyed the life and reputation of a good and decent public servant and his family. And then she played dumb! Reprehensible!

9. Phil Murphy
In his first scandal-ridden year, the new Governor of New Jersey blew what should have been a simple snow-removal operation, alienated both Senate and Assembly leaders from his own party, raised fees and taxes yet again in one of the nation's highest-taxed states, turned out to be tone deaf when #metoo allegations cropped up in his own administration and then rushed off to an African safari. Amateur hour!

10. Kamala Harris
Harris raised questions regarding the suitability of a nominee to be seated as a federal district judge because he belongs to the Knights of Columbus, a Catholic fraternal organization that has been around since 1882 and raised more than $185 million in charitable donations in 2017. Harris ought to be ashamed of herself. Diabolical!

11. Jim Carrey
This overrated "actor" (who hasn't made a successful movie in forever) has been hounding  President Trump and his followers endlessly. His latest? Well, he's deemed Trumpsters "loyal zombies" and has labeled Homeland Security Secretary Nielsen a "kidnapper." But what would Carrey know? He's Canadian!

12. Cory Booker
The Senator as Drama Queen is a master of histrionics. When he's not deeming himself "Spartacus" he's  bringing himself to the verge of tears over any one of a number of imagined injustices. Beware: this guy's a fabulist with very grandiose plans. Disconnected!

13. Bette Midler
We'll admit it. We loved her in Hello Dolly! But she's far from lovable when she's out of character. Then, she's downright bloodthirsty. In fact, she says she's fantasized about President Trump and his family being hanged "good and high" and added that "no one will be able to eulogize" Trump when the time comes. Shut up and sing!

14. Jim Acosta
Abilio James Acosta (that's his full name) is the media's biggest showboater and champion bawler. When he ran into some trouble with the White House (after repeatedly harassing press secretary Sarah Sanders, needlessly challenging the president and allegedly pushing or shoving a White House intern) Acosta said he felt like he wasn't even living in America anymore. Care to try living in your father's native Cuba, Jim? Be our guest!

15. Lebron James
Playing the race card, James compared the NFL to a plantation and said: "In the NFL they got a bunch of old white men owning teams, and they got that slave mentality." Of course, slaves weren't paid tens of millions of dollars and treated like royalty.  Then James went ahead and tweeted  these lyrics from a rap song: "We been getting that Jewish money. Everything is Kosher." Neither the NFL nor the NBA took any action against James. Cowards!

16. Elizabeth Warren
Her release of her DNA test showing her to be anywhere from 1/64th to something like 1/1000th Native American was a complete fiasco and more evidence that identity politics is utter rubbish. But then Warren's attempt to stand by her claims of Native American heritage even drew hostile reactions from prominent tribal leaders, and the lingering cloud over her likely presidential campaign only darkened. Such fiendish folly. Pocahontas!

17. Alec Baldwin
Most liberals are angry pretty much all the time. As such, they're not the most pleasant people to be around. But this guy is in such serious need of anger management that he's a threat to ordinary, everyday citizens. He's recently been arrested and is facing charges for allegedly punching a man over a parking space in Manhattan. And this is just one of a long string of incidents. He starts a fight then hides behind his high-paid lawyer. Pusillanimous punk!

18. John Kasich
This guy won exactly one primary (his home state of Ohio) in 2016 yet he acts like he's the heir apparent to . . . what, exactly? Maybe he can become president of the US Bellyachers Association. He's such an insufferable whiner! Now, he threatening to run as an independent in 2020. Run, John, run. See John run. See John run to the nearest exit.
Posted by Dan Cirucci at 3:57 PM