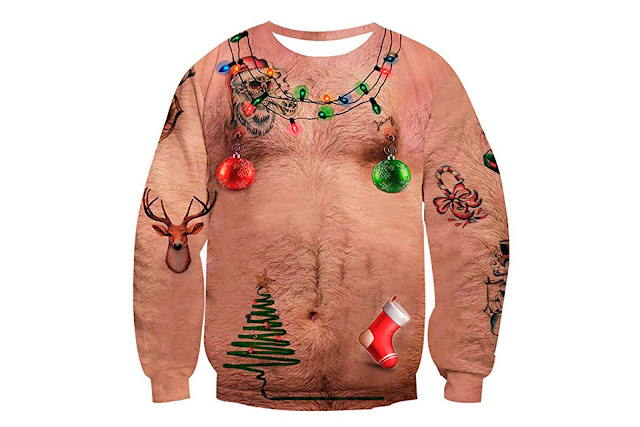 They're big. They're everywhere. And they're full of hot air.

It's those garish Christmas inflatables that pop up this time of year.

These bloated intrusions on our landscape include the ubiquitous Santa, his elves, reindeer, penguins and polar bears. Ranging from about 4 feet to more than 20 feet tall, they also depict cartoon characters like Mickey Mouse, Snoopy and Elmo. And then there are snow globes and revolving carousels.

We hate these gassy excuses for Christmas cheer. We hate them during the day when they go flat like big ugly pancakes on lawns and porches all over the place. And we hate them even more at night when they blow, glow and gloat with a trashy confidence that's positively scary.

And that's just one part of Christmas that we've come to hate. Here are some others:

Ugly Christmas sweaters. Enough already with these horrifying "fashion" faux pas. We got the idea, OK?

"My Favorite Things." We don't know who decided that this Rodgers and Hammerstein ditty from the saccharine "Sound of Music" might be a Christmas song, but whoever it was has now inflicted raindrops on roses and cream-colored ponies on us for the rest of our lives. As much as we try, wecan't discern the connection between wild geese that fly with the moon on their wings and Christmas. In fact, this song is dumb and tiresome any time of the year.

Christmas lights around your neck. You know -- the ones that actually light up and are powered by batteries. And it's even worse when these garish house lights adorn folks who are as big as a house!

Taking your dog to see Santa. Who concocted this numbskull notion? Probably some mall marketing director. Dogs don't want to see Santa. Dogs don't care about Christmas. And Santa doesn't particularly want to see dogs, either. What's more, he doesn't want to have his picture taken with your pet. He's got enough problems lifting bratty little kids onto his lap without worrying about an Irish setter. Throw the dogs a bone and leave them home, please!