Nothing More Than 'A Thinly Veiled Stunt'! 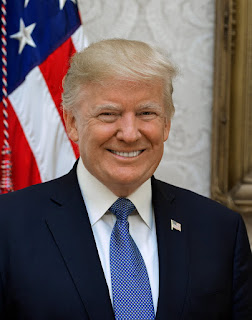 New Jersey State Senator Joe Pennacchio (R-26) released the following statement in light of Thursday's State Senate passage of legislation (S-119) that would require candidates for President and Vice President to release their tax returns in order to appear on the ballot in New Jersey.

Sen. Pennacchio attempted to amend the bill on the floor to include all candidates for Governor, State Senate, and General Assembly. In a clear rebuke of transparency, the majority party chose to block his commonsense amendment.

“Blocking my amendment was the height of hypocrisy. Clearly, their bill is nothing more than a thinly-veiled political stunt to keep President Trump off the ballot. It shows that they are unwilling to hold themselves to the same standard. I highly doubt that the Senate Majority would have done this if a Democrat was in the Oval Office.

“Frankly, this bill is probably unconstitutional. It sends a message that states can tamper with the ballot in any way that pleases the majority party politically, and taxpayers will be the ones who pay the price when this ends up in court. This is a very slippery slope.

“Partisan politicians should not pick and choose who gets to run for office. Every citizen who cares about their community and their country should have the right to stand up and serve. In my opinion, President Trump certainly fits that bill.”

“This is not the first time we have seen New Jersey Democrats play politics with our elections. Look at the recent redistricting fiasco, or the ‘Booker Bill’ they just passed to allow a sitting United States Senator to run for two offices at the same time. It’s shameful,” Pennacchio added.

“Politicians around the country are calling for fairer elections, but in our state, Democrats would rather play politics and rig the system. I hope that the people of New Jersey will hold them accountable the next time they go to the polls.”
Posted by Dan Cirucci at 11:03 AM