Yeah, They've Been Moving Left For A Long Time! 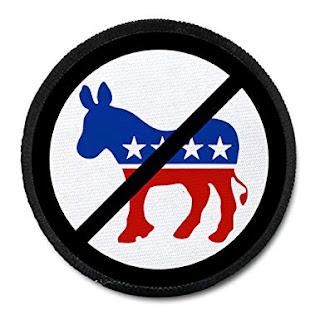 Nearly four years ago, right here on this blog, we saw the drift of the Democrat Party further and further leftward into more and more extreme positions.
This was before the ascendancy of Donald Trump.
So you can't blame this on President Trump. This preceded him and it stretches way back.
Now, we've come to a point where the Democrat Party is nearing the embrace of infanticide.
But, anyway, here's what we wrote in 2015:


Bernie Sanders (an avowed socialist) can run for president without being considered extreme. So, Sanders is depicted as a generally genial soul and part of the mainstream.
Yes, the Democrats have welcomed extremists into their own party without much focus or fanfare -- so much so that positions once considered "extreme left wing" are not only party orthodoxy but cemented national policy. Think abortion on demand along with the sale of baby body parts; acceptance and recognition of Castro's thuggish Communist regime; national health care (aka Obamacare); politically "correct" speech and behavior codes; the steady dismantling of America's military arsenal; abandonment of our stalwart defense of Israel as a beacon of democracy in the mideast; mountains of goverment regulation and environmental policies that block energy independence. We've just named a few here. These are all extreme positions. All of these positions and/or policies were alien to the Democrat Party of JFK and LBJ. They were unthinkable.
Yet, today they basically constitute the platform of the Democrat Party and, more frighteningly, they are our new national policies.
And they have been declared sacrosanct.