Remember These Names: The Disgrace Is Theirs! 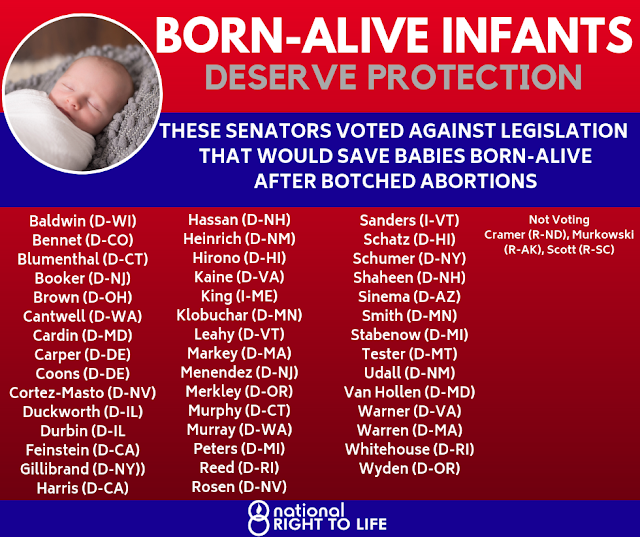 The Senate voted 53-44 against ending the filibuster and allowing a debate and vote on the bill itself. Every Republican present voted to end the filibuster, along with Democrats Joe Manchin, Bob Casey and Doug Jones, while all other Democrats voted agaisnt the bill.
Republican Senator Lisa Murkowski of Alaska, who supports abortion, did not vote — hurting the effort to collect the 60 votes necessary.
Pro-life Republican Senators Tim Scott and Kevin Cramer were unable to attend the vote due to flight delays but would have voted to support the bill.
Every Democrat senator running for president — Kamala Harris, Cory Booker, Elizabeth Warren, Kirsten Gillibrand and Bernie Sanders — voted to block the anti-infanticide bill.”
Posted by Dan Cirucci at 9:22 PM