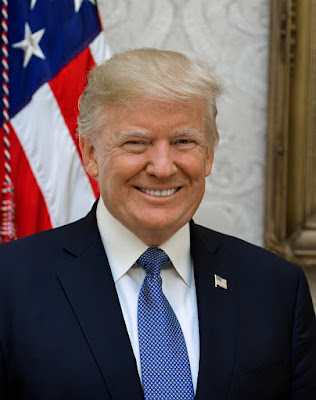 As people continue to hurl epitaphs at President Trump and undermine him and deride what he is trying to accomplish and ignore his many impressive achievements thus far, we think back to Inauguration Day 2017 and what we wrote then about those who set out to destroy this president from the very beginning -- indeed, those whose only goal has been to de-legitimatize him and his administration.
Here's what we said on Day One about the President's eloquent and prescient Inaugural Address and those who had already attempted to trash it:

Some are calling it dour and dark and gloomy.
But it really wasn't any of those things. Not at all.
What it was, for some people, was shocking. It jolted them. It left them a bit breathless, And it even scared a few people.
And that's precisely what it was meant to do. It was meant to jolt the establishment -- to knock some of wind out of its sails. And it was meant to scare the elites -- the Washington know-it-alls; the clubby, entrenched bureaucrats; the groupthink media yappers; the tassel-shoed lobbyists, the lifer officeholders; the special-interest peddlers; the panderers and deceivers and slippery snake-oil merchants; the whole damned bunch of 'em.
It was also meant to deliver a clarion call to the American people, particularly the forgotten ones who don't count themselves as part of any special or protected group. These are the people who were left along the shore long after liberalism's ship sailed into its make-believe world of love beads and Birkenstocks and kumbaya.
As a jolt and a prod, President Trump's Inaugural Address succeeded. It was totally on-target. It did what it supposed to do, delivering a bright, decisive populist anthem which said: It's over now. Today, "we are transferring power from Washington, D.C. and giving it back to you, the American People" while adding that "the forgotten men and women of our country will be forgotten no longer."
Here are some other key observations that need to be noted from this very forthright and powerful speech:

Those who found the speech dark or gloomy must not have heard some very vital, hopeful, unifying, aspirational elements. Here are a few:

"We share one heart, one home, and one glorious destiny. The oath of office I take today is an oath of allegiance to all Americans."

"We are looking only to the future. We assembled here today are issuing a new decree to be heard in every city, in every foreign capital, and in every hall of power. From this day forward, a new vision will govern our land."

We will build new roads, and highways, and bridges, and airports, and tunnels, and railways all across our wonderful nation. We will get our people off of welfare and back to work -- rebuilding our country with American hands and American labor."

"When you open your heart to patriotism, there is no room for prejudice. The Bible tells us, 'How good and pleasant it is when God's people live together in unity.'"

"Do not let anyone tell you it cannot be done. No challenge can match the heart and fight and spirit of America.

"We will not fail. Our country will thrive and prosper again."

"We stand at the birth of a new millennium, ready to unlock the mysteries of space, to free the Earth from the miseries of disease, and to harness the energies, industries and technologies of tomorrow."

"So to all Americans, in every city near and far, small and large, from mountain to mountain, and from ocean to ocean, hear these words: You will never be ignored again."

If these words aren't hopeful enough for you, then you are surely missing something. Indeed, you may only be hearing what you want to hear.
This was a brave, spirited, stirring address -- one that charts a bold new path for America. As befits an Inaugural Address, it avoided specifics and instead painted in broad strokes. Audaciously, it offered a pablum-free, no nonsense prescription for the nation. It cautioned that "we will face challenges. We will confront hardships," but still added that "we will get the job done."
If you were expecting to be caressed with a feel-good message and a gentle pat on the head, this was not the speech for you. The world that President Trump expects to usher in will be a world free of participation trophies, soft-touch moments, convenient excuses, free throws, mulligans and hall passes.
Finally, the speech was blessedly brief. With very few exceptions, no significant speech need be more than 16 minutes long. That's the sweet spot. And, with clear language, short sentences and memorable lines, President Trump came in right on the money: 16 minutes!