Hall Of Fame Honors For Mark Tarasiewicz, May 7 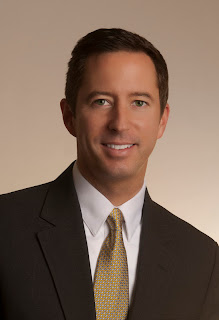 Mark Tarasiewicz is Associate Executive Director of the 13,000-member Philadelphia Bar Association. He recently marked his 17th year with the Bar Association, the oldest association of lawyers in the United States. As director of communications, Mark is the primary point of contact for the news media and also directs the association's award-winning print and electronic communication vehicles, including The Philadelphia Lawyer magazine. He also served as Senior Communications Manager for Dechert LLP, one of Philadelphia's largest law firms. Prior to his public relations career, Mark was Managing Editor of the Pennsylvania Law Journal and a reporter for The Legal Intelligencer, the oldest law journal in the United States.

Mark served as President of PPRA in 2006-07 and Chair in 2007-08, and is a recipient of the association's Fast Track Award. He is an adjunct professor of public relations in the Temple University graduate program in Strategic Communication, and has also lectured for the Public Relations Society of America, the American Society of Association Executives, the National Association of Bar Executives (NABE), Penn State University, Villanova University and the University of the Arts.

A three-time recipient of the NABE Luminary Award, Mark is Treasurer of the association's Communications Section and volunteers his time to create education programs for his national legal public relations colleagues as a member of NABE's Program Committee. He has served on the boards of several nonprofit organizations in the Philadelphia region, including the Young Advocates for Mural Arts and the Gay and Lesbian Lawyers of Philadelphia.

Click here for more information and to register for the luncheon
Posted by Dan Cirucci at 9:30 PM