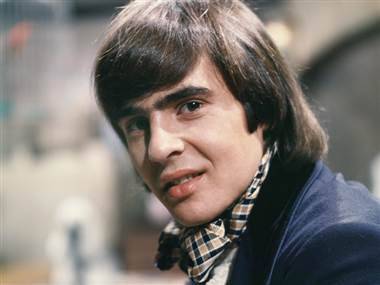 Singer Davy Jones of The Monkees has died of a heart attack, the medical examiner's office in Martin County, Fla., has confirmed.
Jones was 66.
At the height of their popularity the 1960s British singing  quartet sold more than 50 million records.
Formed in 1965 for the TV show of the same name, The Mokees hits included "Daydream Believer," "Last Train to Clarksville," "I'm a Believer," and "Pleasant Valley Sunday." They also charted with the theme song from the show.
The group disbanded in 1971 but in 2008, Yahoo Music named Jones the top teen idol of all time.
Posted by Dan Cirucci at 2:00 PM