A Paris Gem That Many Visitors Overlook

There's a Paris gem that's often overlooked.
It's truly grand. It's opulent. It's, well . . . . it's just splendiferous!
But lots of people drive around it or stroll beyond it and don't bother to investigate it. They're often too busy heading to the Lafayette department store or the Apple emporium, both nearby.
We're talking about the Paris Opera House.
It is a-m-a-z-i-n-g!
It's actual name is Palais Garnier.
The Palais Garnier is the thirteenth theatre to house the Paris Opera since it was founded by Louis XIV in 1669. It was built on the orders of Napoleon III as part of the great Parisian reconstruction project carried out by Baron Haussmann. The project for an opera house was put out to competition and was won by Charles Garnier, an unknown 35-year-old architect. Building work, which lasted fifteen years, from 1860 to 1875, was interrupted by numerous incidents, including the 1870 war, the fall of the Empire and the Commune. The Palais Garnier was inaugurated on 5 January 1875.
Today it remains resplendent.
If you're headed to Paris, put this near the top of your list! 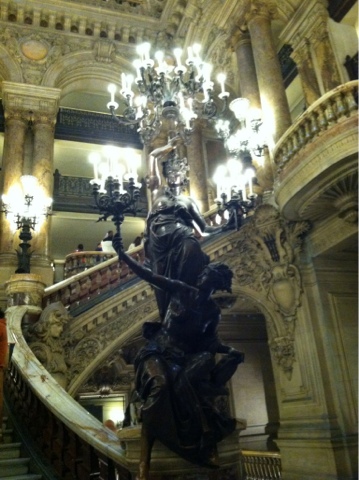 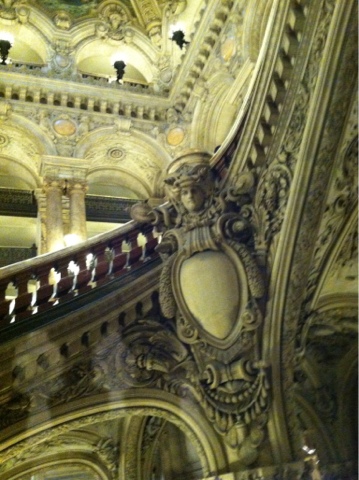 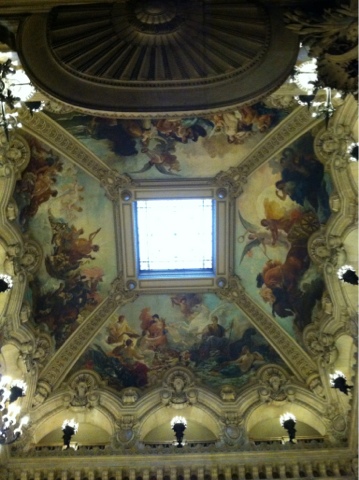 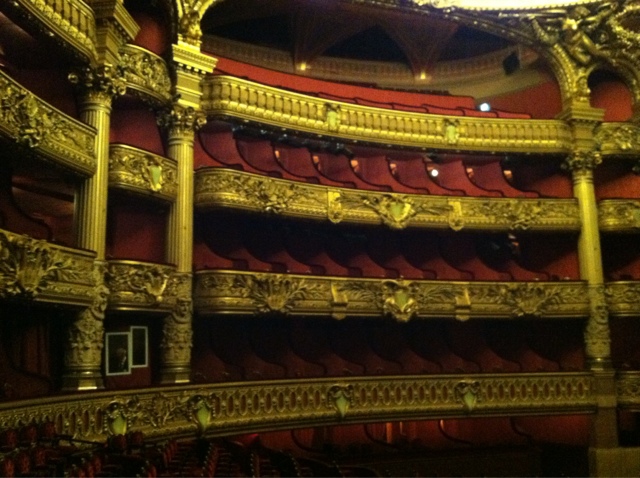 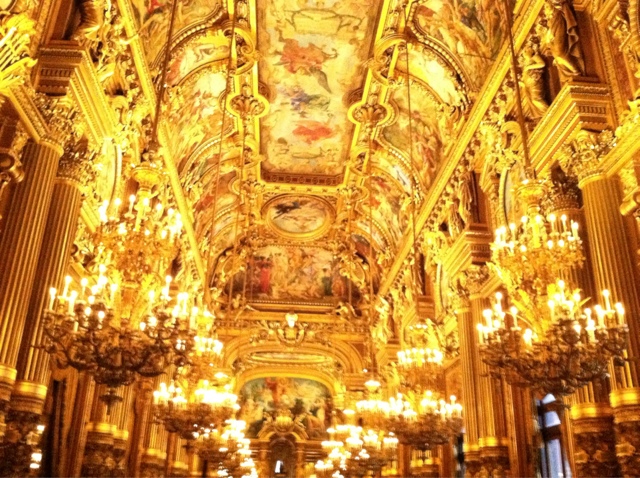 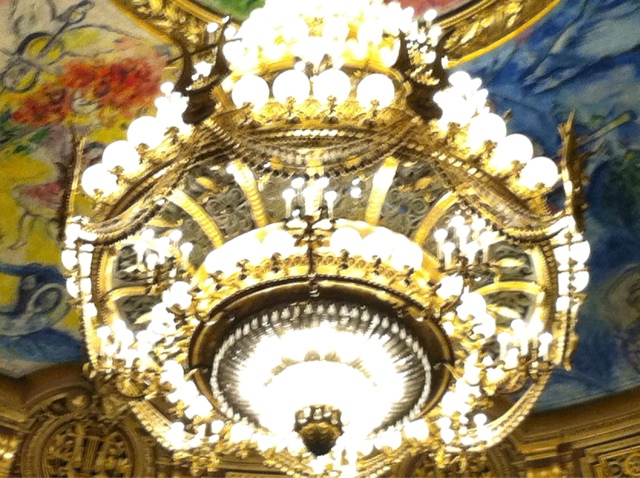 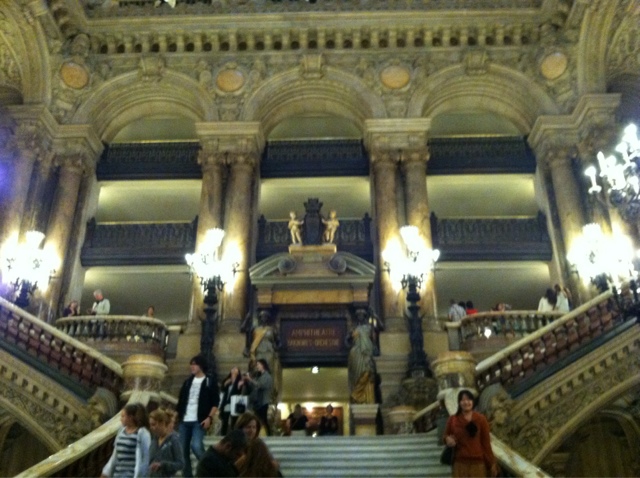