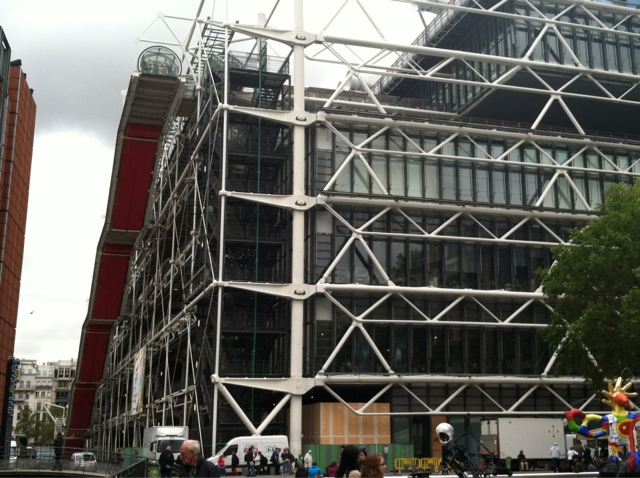 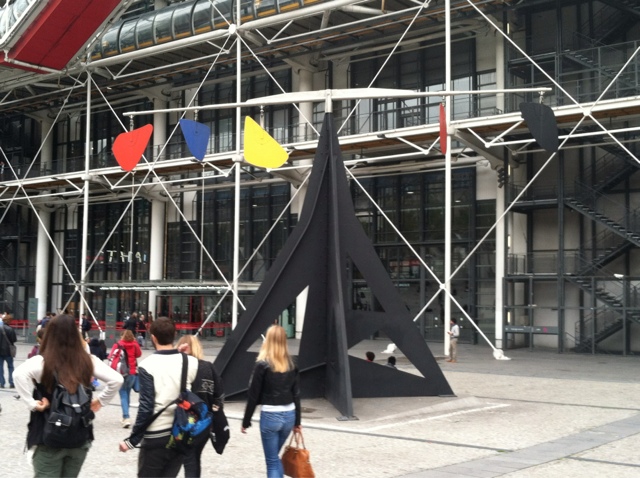 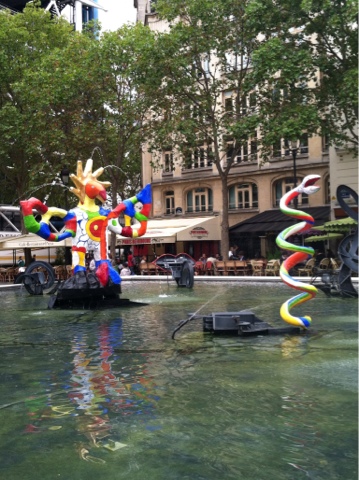 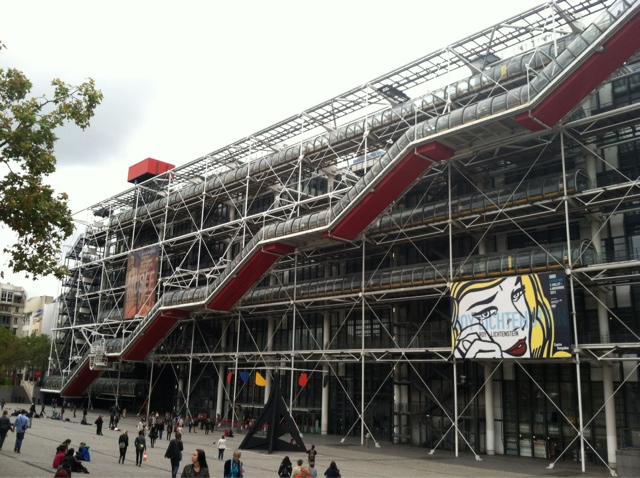 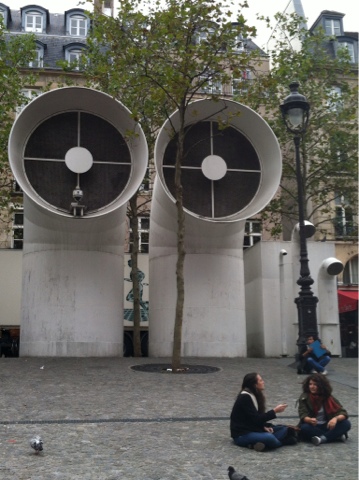 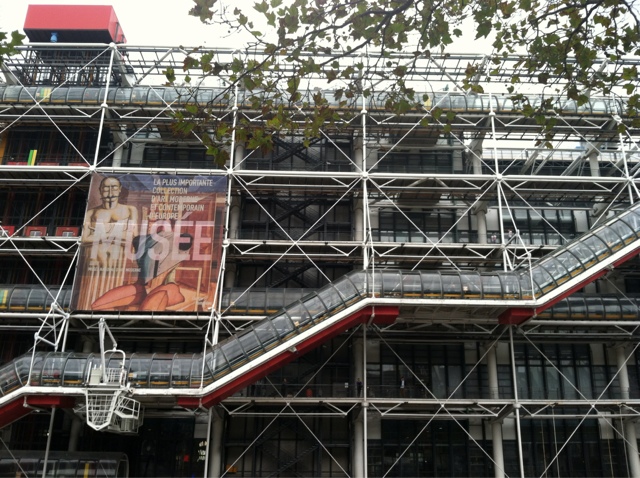 They call it simply "The Pompidou." And it's been one of the highlights of our trip to Paris.
The Centre Pompidou in Paris opened in 1977. Since then, it has proved a huge success, far exceeding expectations. It quickly became one of the world's most popular cultural venues and one of the most visited monuments in France. It is a senter for contemporary art and it is identified by its size and its "inside out' striking apperance. Not visit to Paris is complete without a stop here.


The late 70s and 80s saw the Centre offer exhibitions that became legends in their time, such as the "Paris." series ("Paris-New York", "Paris-Berlin", "Paris-Moscow", "Paris Paris"),"Vienna, birth of a century", "The Immaterials","Memories of the Future", "Maps and Figures of Earth", "Magicians of the Earth". Under the leadership of its directors, Pontus Hulten and Dominique Bozo, the MNAM collection grew considerably and became a world leader in the field of modern and contemporary art.


Following a comprehensive reform of the Centre Pompidou's organization with the creation in particular of the Department of Cultural Development (DDC), encompassing live performances, film and the spoken word, the merger of MNAM and CCI led to the creation of an architecture and design collection which in twenty years would become one of the most remarkable in the world.


After twenty years of activity and after having welcomed over 150 million visitors, the Centre Pompidou underwent extensive renovation work at the initiative of then President Jean-Jacques Aillagon. France allocated resources to create the additional space required for the presentation of collections and development of the performing arts. The Centre Pompidou reviewed its organizational structure, enabling it to better fulfill its missions within the MNAM-CCI (inventory, conservation, restoration and development of the collection) but also for activities related to performing arts and mediation.