Avenue Montaigne And The Legendary Marlene

One of the most famous actresses (and most celebrated beauties) of the 20th century spent the last 14 years of her life as a veritable recluse in a two-room apartment on a swanky Paris boulevard.

Just across from the plush Plaza Athenee Hotel and down the street from the Champs Elysees -- that's where the legendary Marlene Dietrich resided at 12 Avenue Montaigne in the City of Lights.

But she didn't see much of the lights -- not by day nor by evening.

La Marlene didn't want the world to see her at such an advanced age. So, in 1978 she encamped at her Paris flat and she remained there until her death at the age of 90 in 1992. She accepted few if any visitors but she did receive and initiate phone calls.

Marlene Dietrich suffered several bad falls in the waning years of her legendary nightclub act and she never fully recovered. She was weary, cash poor and simply unwilling to be seen in public.

During her final five years she was bedridden and she spent a good deal of time chatting with friends around the world on two phone lines, sometimes running up phone bills as high as $700 a month. Even though some of her personal belongings had to be sold to pay her bills, many felt this was her way of saying goodbye.

More than 1,500 people mourned at her funeral at the Madeleine Church in Paris. Her closed coffin, draped in the French flag and adorned with a simple bouquet of white wildflowers, rested beneath the altar. Three medals, including France's Legion of Honor, were displayed at the foot of the coffin, military style, for a ceremony symbolizing the sense of duty Dietrich embodied in her career as an actress, and in her personal fight against Nazism. Her daughter placed a wooden crucifix, a St. Christopher's medal and a locket enclosing photos of Dietrich's grandsons in the coffin. Then, Dietrich was flown back to her birthplace in Germany, for burial near her mother Josefine von Losch.

Dietrich is buried in the Friedenau Cemetery, in Berlin.

We weren't at Dirtrich's funeral in 1992 but we did see her perform her one-woman show in Philadelphia in 1974. It's not something one soon forgets.

So, while we were in Paris we took a walk down the Avenue Montaigne and snapped these photos of the last residence of Marlene Dietrich -- a great patriot, a daring freedom-fighter, a timeless beauty and a luminescent star. 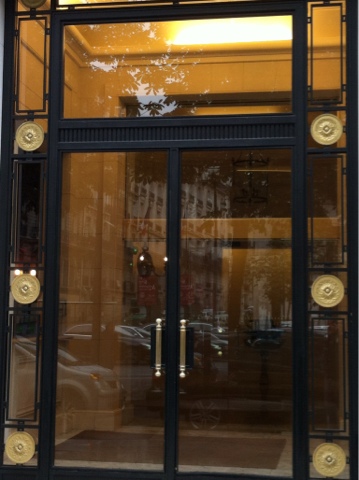 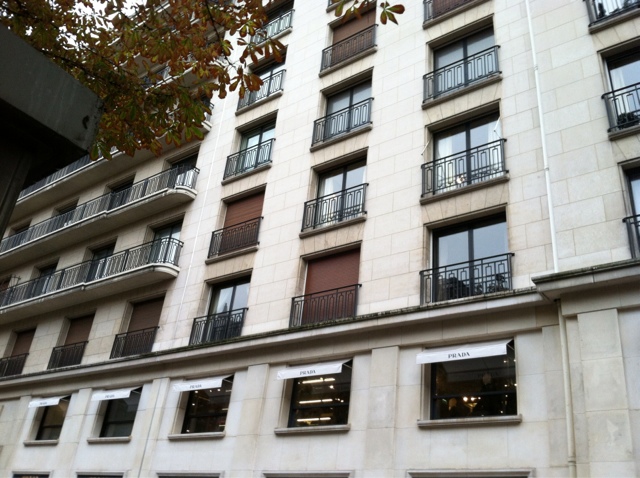