Another BIG Story The Media Hide From You . . . 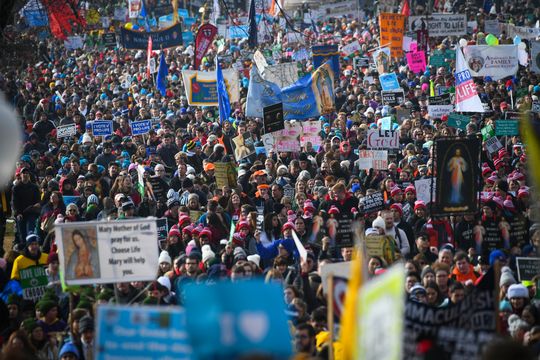 You'd hardly know it for all the attention it got but today an estimated 100,000 plus Pro-Life Americans marched on Capitol Hill today to reflect and challenge what some call the worst Supreme Court decision since the infamous Dred Scott case of 1857, Roe v. Wade.
An estimated 60 million abortions have been performed since Norma McCorvey (who was known as Jane Roe in the 1973 case that legalized abortions in the United States) was part of that landmark case.
Norma McCorvey never got an abortion. Her daughter is now 48 years old. Roe v. Wade is based on a lie.
Thank God for those who still speak out, march for, pray for and organize for the end to the horror of abortion on demand. Pray for them -- and for our country!
Posted by Dan Cirucci at 7:06 PM