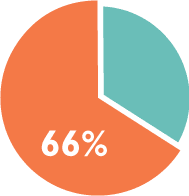 In the midst of a government shutdown over disagreements about building a border wall, two-out-of-three voters still think illegal immigration is a serious issue and nearly half of voters think the government isn’t working hard enough to stop it.

(Want a free daily email update? If it's in the news, it's in Rasmussen polls). Rasmussen Reports updates are also available on Twitter or Facebook.


The survey of 1,000 Likely Voters was conducted on January 8-9, 2019 by Rasmussen Reports. The margin of sampling error is +/- 3 percentage points with a 95% level of confidence. Field work for all Rasmussen Reports surveys is conducted by Pulse Opinion Research, LLC. See methodology.
Posted by Dan Cirucci at 11:39 AM