From Far And Near They Came, All For LIFE! 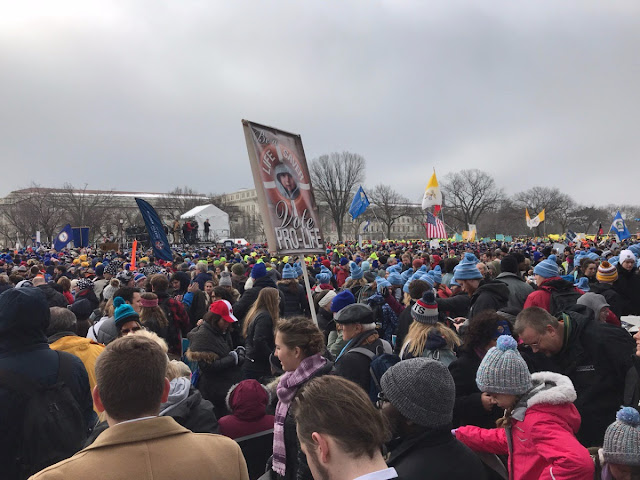 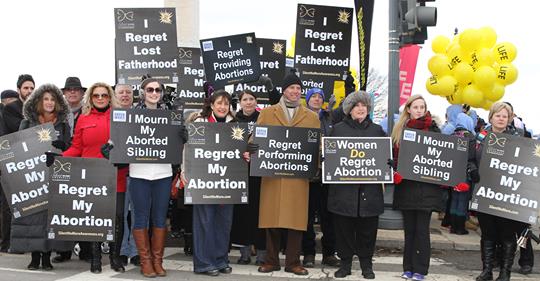 This year marks the 46th anniversary of the United States Supreme Court's 1973 Roe v. Wadeand Doe v. Bolton decisions that legalized abortion nationwide.
Over 3,000 faithful from the Archdiocese of Philadelphia took part in the Annual March for Life in Washington, D.C. today to promote respect and protection for all human life from conception to natural death.
The March for Life activities began with an opening Vigil Mass at the National Shrine of the Immaculate Conception yesterday. The principal celebrant and homilist was Most Reverend Joseph F. Naumann, Archbishop of Kansas City, Kansas, and Chairman of the United States Conference of Catholic Bishops Committee on Pro-Life Activities.

A National Prayer Vigil for Life will immediately followed the Mass. It included opportunities for the Sacrament of Reconciliation, a Rosary for Life, and Holy Hours for Life. Seminaries from around the country led individual Holy Hours throughout the night. Seminarians from Saint Charles Borromeo Seminary of the Archdiocese of Philadelphia led a Holy Hour from 1:00 a.m. to 2:00 a.m.
This morning, Most Reverend Timothy C. Senior, Auxiliary Bishop of Philadelphia and Rector of Saint Charles Borromeo Seminary, was the homilist at a special Mass for approximately 3,000 faithful from the Archdiocese of Philadelphia who attended the March for Life this year. Participants included strong representation from Archdiocesan high schools as well as parish and regional Catholic elementary schools.

The March for Life 2019 Rally took place at noon. on the grounds of the Washington Monument. Following the rally, participants from the Archdiocese of Philadelphia gathered on Madison Drive Avenue between 12th and 14th Streets to begin the march at approximately 1:00 p.m.
They marched behind the Archdiocese of Philadelphia banner, carried by seminarians from Saint Charles Borromeo Seminary. Auxiliary Bishops Michael J. Fitzgerald, John J. McIntyre, and Timothy C. Senior will led the Philadelphian contingent during the march.
Posted by Dan Cirucci at 8:02 PM