Is THIS The Ticket That Will Lead NJ Forward? 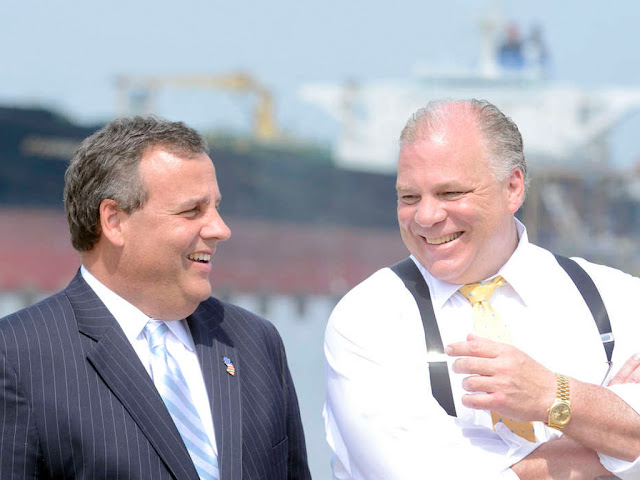 People are worried about New Jersey.
And they ought to be.
New Jersey 's runaway taxes are choking the middle class. In fact, only two states collect more in taxes from their citizens than New Jersey does. New Jersey has the country's highest property taxes. New Jersey is simultaneously suffering a mass exodus. Consider that twice as many people leave the state as enter it. Those leaving are more financially well-established people who are attempting to protect their nest egg. They're afraid of where the state's money grab is leading them. Arriving are mostly young people, often college students, who in many cases are moving back in with their parents because they have no other option. Also arriving are illegal immigrants (New Jersey is now effectively a sanctuary state) who are costing the state about $3.5 billion a year. The trend is not good.
Furthermore, the state is deep in debt as payments to bloated state employee and retiree pension and health funds continue to climb under a system that should have been reformed decades ago. On top of all that, New Jersey Transit is a mess and spendthrift Governor Phil Murphy seems ill-equipped to handle even the bare essentials of the problems he's facing. What's more, his administration is now mired in a burgeoning scandal stemming from the Kate Brennan rape allegations.
And there appear to be no quick solutions and no easy way out of this mess.
Though it's no secret that many Democrats (including many members of the Democrat-controlled state legislature) are very unhappy with Murphy, it's unlikely that any of them would take him on when he faces re-election in 2021. Even Senate President Steve Sweeney (certainly no friends of the governor) would have to climb a very high fund-raising mountain to simply have a glimmer of a chance to challenge  Murphy (who has zillions stockpiled) within the party.
As for the GOP, after the recent off-year elections, the state Republican Party is at an abysmal low point. It's  suffered crushing, humiliating defeats from one end of the state to the other. Remember: GOP senate candidate Bob Hugin lost $24 million of his own money attempting to defeat a corrupt incumbent democrat. Don't look for any serious threat to Murphy from among any GOP prospects -- if indeed, any actually exist.
Recall Murphy? We certainly wish the organizers of the current recall effort well but state law sets the bar for a recall so high that no one should hold his or her breath waiting for Murphy to be recalled.
So, where does that leave us?
It leaves us in a position that requires unprecedented, drastic action.
Hey, New Jersey is in serious trouble. We need help ASAP.
Ideally, in the crisis situation we'e facing we need strong leadership and a fusion government that will bring all sides sides together to enact practical, workable, broad-based measures that will begin to make our state affordable again.
Right now, there are two people who know the state better than anyone -- two people who are experienced; two people who know how to lead; two friends who like each other, who get along and  have shown they know how to work together to get things done.
Yes, we're talking about Chris Christie and Steve Sweeney -- a Republican and a Democrat but both relative moderates. Together, they can build the sort of coalition that could conceivably move our state in the right direction.
And we don't feel it's too far-fetched to suggest that Christie-Sweeney (Governor and Lt. Governor) is the ticket for 2021 -- with the understanding that Christie would serve one term and Sweeney would then be slated to succeed Christie in 2025.
As far as we know, there is nothing that prevents Christie from returning and serving as governor again. And, each day that goes by Murphy makes the Christie years look better than ever. As for Sweeney, this may be his only route to the governor's office because it's not like Murphy is ever going to anoint him. What's more, history would suggest that three Democrat gubernatorial victories in a row are unlikely. That hasn't happened in 57 years.
So, why not end this current round of failed Democrat rule after one term? And this could be the way to do it. Just think of the combined fund-raising power of a Christie-Sweeney campaign.
Listen, we don't even know if Christie would be the least bit intrigued at this prospect or if Sweeney would even consider such a thing. But it certainly would be dramatic and it would represent the kind of daring breakthrough that would be needed if this broken state is ever going to have a chance of being fixed.
How would they run? They could run on the GOP column or they could run as independents. Certainly, a regular party column would seem to be preferable but, in the current turbulent environment, what difference does it make? Democrats are now socialists and Republicans are arguably nationalists. Christie and Sweeney are apparently neither.
Preposterous, you say?
In the Age of Trump and the instantaneous politics of social media, nothing is preposterous and nothing is impossible.
Christie-Sweeney 2021. 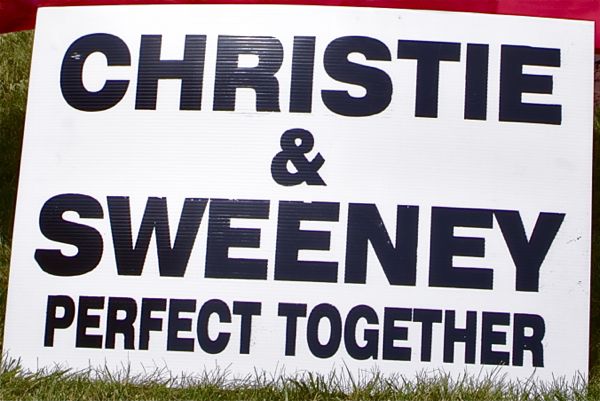