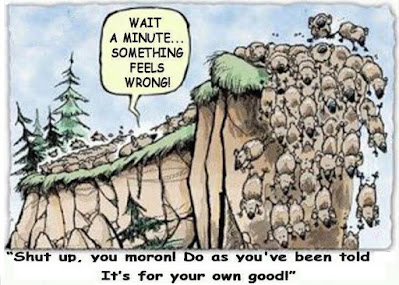 The media want to know why President Trump hasn't "controlled" the COVID virus.

Controlled it? NOBODY is truly "controlling" the pandemic -- not here nor anywhere else in the world. 180+ countries! And it won't even begin to be under control until there is a vaccine.

But, the truth is that under President Trump, we've made great strides in quickly identifying and treating the virus. Nearly everybody recovers (many quite quickly) and the death rate is down more than 85%. And every effort has been made to minimize the impact of the virus. In fact, we know more about the virus than ever before and we're learning more every day.

That's why the case numbers themselves mean very little without more detail: the vital who, what, when. where and how that measure the real meaning of the statistics.

As for Joe Biden, he doesn't have any real plan to control the virus and he knows it. He simply plagiarized (something he's quite experienced at) bits and pieces of President Trump's strategy, added a few passing notions of his own and called it a "plan."

The Democrats and the media want to fuel COVID fears and keep people in a continuing state of panic right up to the election. Their's is a campaign of fear and surrender -- the prescription for a nation of panic-stricken lemmings relinquishing their freedom and groveling to unbridled government CONTROL.