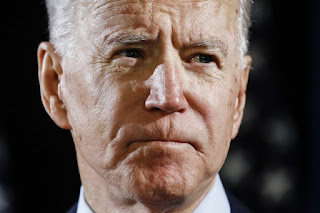 Ya know, we can't make this stuff up, folks. Today, Joe Biden went to a key suburban Philadelphia area (Bucks County) and was met by hudreds of Trump supporters who stood outside his miniscule event holding their own spontaneous rally for President Trump. Well, Biden became unhinged. He started shouting and wound up calling the Trump ralleyers "chumps." Chumps! Basically, a chump is a FOOL -- "an easily deceived person." This is a man who talks about being president of the whole country and representing everyone and then, in the same breath, calls a big chunk of the country "fools." You're a phony, Joe. You're just another political doubletalker. And everybody knows it!

❌ Told Pennsylvania voters they were “CHUMPS”