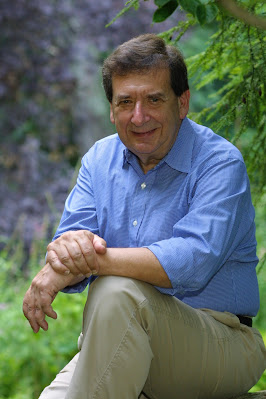 Cardinale attended Brooklyn Prep, graduated with a BS in Chemistry from St. John’s University College, and completed his education at the New York University College of Dentistry. Since 1959, Dr. Cardinale practiced dentistry with office in Fort Lee.  As a small businessman in the real estate industry, Cardinale built the first multi-floor office building in Fort Lee as well as Cardinale Square, which is now Fort Lee Plaza.

Senator Cardinale’s true calling in life though was service to community, and he dedicated his life to civic and social causes.

An active resident of Demarest, New Jersey, he was elected to and served on the Board of Education from 1967 to 1973, including as president in 1969 and 1970. From 1975 to 1978, he served as Mayor of Demarest where he established a senior citizen center in the historic Demarest railroad station, which he was instrumental in preserving.

A former trustee of the Regional Mental Health Center in Dumont, Senator Cardinale helped establish a program for the frail elderly, which continues to flourish today. As a philanthropist, he contributed to and helped raise funds for the Boy Scouts, the Heart Fund, Bergen County Women Against Rape, Shelter Our Sisters, Save Our Sisters, and the John Harms Center for the Arts. He was active in the ARC of Bergen & Passaic Counties, and was the cofounder of the Bergen County Task Force on Sexual Abuse of Children.

Senator Cardinale served in the State Assembly from 1980 to 1982. During his first year, the casino industry and Byrne administration were rocked by the federal government’s ABSCAM investigation. As a freshman assemblyman, Cardinale led the fight for casino reform legislation; he was the prime sponsor of twelve casino reform bills, which were voted into law, keeping the casinos in Atlantic City free of political manipulation and mob influence.

Senator Cardinale was elected to the State Senate in 1981 and was re-elected nine times. He was a ranking member of the Senate Judiciary Committee and the Senate Commerce Committee. He was also a member of the State House Commission and the Legislative Oversight Committee. During his lengthy tenure, he served on the Senate Bioethics Committee and the Port Authority In-Lieu-of-Tax-Payment Study Commission. He was a delegate to four Republican National Conventions and was a candidate for governor in 1989.

Senator Cardinale’s advocacy for women, children, and the family was the hallmark of his long and distinguished legislative career.

He cosponsored Joan’s Law in the late 1990s and subsequently conceived and co-prime sponsored Megan’s Law, establishing the model for other state and national laws. In 2001, Senator Cardinale’s bill requiring parental consent prior to children being subjected to intrusive surveys in public schools became law. In 2002, the senator won his long battle for parental rights regarding sex education with the passage of his Stress Abstinence in Sex Education Bill. More recently, Cardinale’s bill establishing involuntary commitment to outpatient treatment for persons in need of such treatment was passed into law, benefiting the thousands of individuals and families struggling with psychiatric issues.

Senator Cardinale was recognized for his leadership in sponsoring major tort reform overhauls that included limitations on product liability and punitive damages. His Affidavit of Merit requirement in malpractice suits was one of the first in the nation.

Senator Cardinale sponsored a series of bills which became law enabling small business and affinity groups to obtain health insurance coverage at favorable rates. HMOs must now allow consumers to have their prescriptions filled at the pharmacy of their choice as a result of his legislation. In addition, Senator Cardinale’s tax fairness law for Mutual Money Market Funds allowed back office operations of major stock brokers and money managers to relocate in New Jersey without punitive tax regulations. The state now has thousands of jobs that, without this legislation, would not be here.

Senator Cardinale received more than 70 Legislator of the Year or similar awards from state and national groups in recognition of his exemplary service to the people of New Jersey.

Despite his many professional accolades and accomplishments, Dr. Cardinale was most proud of his family. He and his wife Carole (nee Petrullo) married in 1959 and together raised five children: including Marisa and her partner Linda; Christine; Kara; Gary and his wife Kirsty; and, Nicole. They also have 4 grandchildren, Sebastian, Allegra, Tamara, and Chloe.