New Jersey Senate and Assembly Republicans called on Governor Phil Murphy to convene a special session of the Legislature to adopt relief for New Jerseyans. 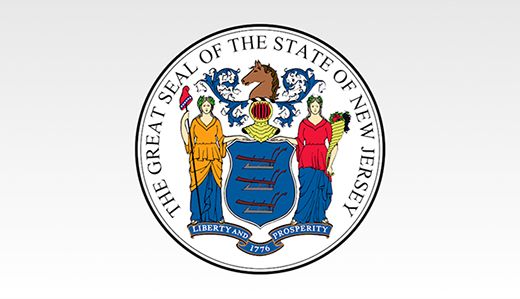 Senate and Assembly Republicans called on Gov. Phil Murphy to convene special session of the Legislature to adopt relief for New Jerseyans. (SenateNJ.com)

In a letter (click here for PDF) to the governor yesterday, the legislators noted that millions of people are suffering from the economic impact of broad shutdowns and restrictions, while a looming tax increase on employers scheduled to go into effect July 1 threatens small businesses, nonprofits, and their employees.

The full text of the letter is below.

We urge you to immediately convene a special session of both houses of the Legislature to adopt urgently needed relief for New Jerseyans. Millions of people are suffering from the economic impact of broad shutdowns and restrictions, while a looming tax increase on employers scheduled to go into effect July 1 threatens small businesses, nonprofits, and their employees.

It’s clear the revenue estimates used to adopt the budget were far too low, as we suggested last fall, with the budget surplus likely $1 billion higher than you predicted. An impending windfall of federal assistance means billions of dollars more will soon be available to help New Jersey. Without action now to put those funds to productive use, support for people who are suffering will continue to be unacceptably slow and inadequate.

We are concerned that your budget address next week and the 2022 budget, which will be separately discussed and enacted four months from now, will be used as a crutch to avoid taking the urgent action that immediate conditions require. Waiting until the next budget is enacted will be too late to prevent more business and nonprofit closures, and to stop an avoidable and destructive employer tax increase.

As many revenue forecasters advised when the 2020 budget was amended and the current budget enacted, revenue collections will undeniably far exceed budget estimates for the traditional fiscal year. The sales tax alone will easily exceed budget estimates by more than $500 million. Income and corporate taxes, which track the national economic recovery and record market gains, will also far exceed projections. Smaller taxes, such as the realty transfer fee on home sales, are also coming in at record levels.

On top of those booming tax collections, the Federal Funds Information for States has projected that pending federal legislation will soon provide an additional $6 billion to support the state budget.

With billions in extra funds soon at our disposal, we have an obligation to help the large segments of our society and sectors of our economy that need help now. Many service sector employees are falling behind on rent, while landlords are struggling without income to maintain safe properties and pay their own bills. As you delay, more of the businesses and nonprofits that serve our communities are folding up tent every day. Despite the increasing importance of the internet to economic activity, education, and job-readiness, rural areas and poorer segments of our population remain disconnected and are being left behind.

The challenges above are just a few that would be addressed by pending bipartisan legislation bottled up in one house or the other or stalled due to some level of opposition from your administration.

Despite record revenues already being collected from taxpayers, massive tax increases are scheduled to take place on all employers, including small businesses and nonprofits, on July 1. Bipartisan legislation was enacted recently to slow the pace of tax increases needed to rebuild the Unemployment Insurance Trust Fund, but we must do more to further limit the harm.

The availability of strong revenues presents the opportunity to prevent tax increases on employers and jobs in July, provided you support using some of the state’s unrecognized revenues to replenish the fund. When you borrowed more than $4 billion for the state budget last fall, you promised to use additional federal assistance to pay down that debt. We are proposing a similar approach to prevent the recovery-killing, job-destroying tax increase from taking place. In addition to stabilizing the fund and preventing this tax increase, consideration should be given to repealing some of the recent and avoidable regressive payroll tax increases and corporate tax increases that are causing additional hardships and slowing the recovery.

While $2.4 billion of CARES Act block grant funding was received in April 2021 from the federal government, hundreds of millions of dollars remains unspent in state accounts. At the same time, relief programs for renters, small businesses, nonprofits, and others desperate for help have been woefully underfunded. Instead of recognizing additional tax revenues months ago that could have helped, those funds were kept on the sideline.

We feel strongly that we cannot allow the continued harm that comes with continuing indecision and delay. More tenants will fall into debt, more communities will fall into disrepair, and more businesses and nonprofits will fail. People without access to the internet in rural and urban areas will fall farther behind, and job-crushing tax increases on every employer will further hurt those who are already hurting the most.

We urge you to act today. Do not wait for the budget speech next week or another four months until the 2022 budget is enacted to provide relief. Do not allow bills that can provide lifelines to languish through continued opposition or neglect. Support the passage of bipartisan legislation that will help people, small businesses, and nonprofits. Work with us to prevent avoidable and destructive tax increases that will make a bad situation worse.