Why Limbaugh Mattered: Remembering A Titan 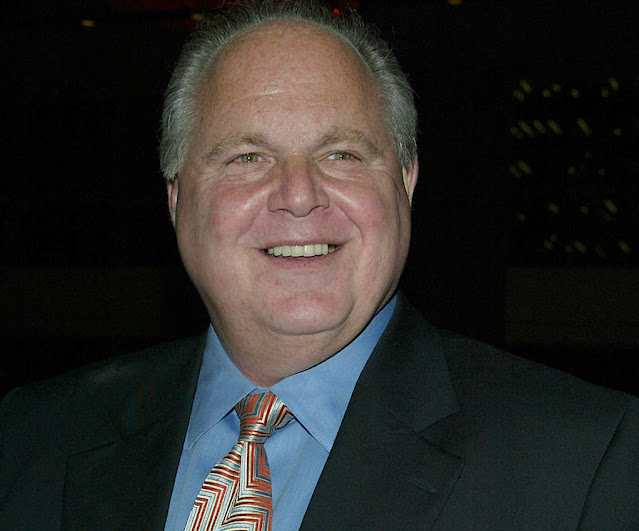 You know when an iconic figure has passed on because the void is so immense it leaves you feeling so empty and rudderless that you don't quite know where you are.
I heard the news about Rush Limbaugh when I was out and about, behind the wheel today. And as I listened to his wife, Kathryn announce that he had passed on, it didn't matter to me where I was or where I was going. Did I miss an exit or a turn? Was I going too fast or too slow? Was I headed into traffic or away from it? None of it mattered.
I was truy directionless and my mind started drifing back to the days when I first started listening to Rush Limbaugh's riveting radio broadcasts. Rush had only been on the air a couple of years when I first started tuning in during the presidency of George H. W Bush. But it wasn't until the presidential campaign of 1992 and the subsequent election of Bill Clinton that Rush became a go-to daily tonic for me and, I suppose, so manyothers. It was a time very much like now. A seemingly popular incumbent president had been defeated after a relatively rapid fall from grace as Democrats ended a Republican reign.
For so many of us at that time, Rush was a lifeline. He was insightful, funny, irreverent, informative, encouraging and relentless as he zeroed in on all of Bill and Hilary's erroneous zones and day-after-day peeled away the facade of a hugely self-indulgent presidency. At he same time he challenged conservatives to come up with something better -- to bring forth better ideas and better candidates so that we could get through this mess and put the country we love back on the right track.
And then he did this all over again during the equally self-absorbed reign of Barack Obama.
This is what Rush did: he dared us to enter the arena with him; to fight the good fight and to uphold the great principals that our founding fathers promulgated when they created this nation.
This is what Rush was trying to do even to his final days as he continued to battle on in the post Trump era. Courageously, this man who knew he would not be with us much longer, buoyed us and urged us forward while reassuring us that better days would surely dawn and we would triumph once again.
Sadly, Rush Limbaugh's cynical, myopic critics never understood this.  Perhaps it's because they never really bothered to listen to Rush. They never really paid attention. They only knew what they heard or read about him as a biased legacy media endlessly repeated out-of-context, selected clips from Rush's broadcasts.
Rush Limbaugh knew what the left was up to. He knew how much liberals wanted to take him down. And he not only enjoyed all the attention they heaped upon him but he threw it back at them. He used their rage, their distortions and their hypocrisy to expose them over and over again. And it drove them crazy. Like a mischievous schoolboy, Rush regaled in this.
Rush Limbaugh mattered, above all, because he loved his country, its history, its heritage, its traditions, its servants and its citizens.
Nobody -- nobody! -- can or will replace this man! He was truly inimitable!
Posted by Dan Cirucci at 6:52 PM