Pennacchio: Biden Puts 7 Million In US In Peril! 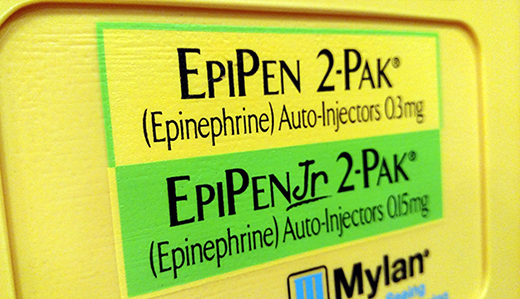 Legislation introduced by Sen. Joe Pennacchio urges President Biden’s administration to lift the regulatory freeze on orders to reduce the cost of crucial prescription drugs including insulin and epinephrine. (SenateNJ.com)

To address reports of pharmaceutical companies charging exorbitant rates for life-sustaining insulin for diabetics and epinephrine for allergy sufferers, then-President Donald J. Trump signed a series of executive orders on July 24 to decrease significantly the prices charged to the public.

Pennacchio’s resolution requests a reversal of action taken on President Biden’s first day in office, Jan. 20, to freeze the implementation of his predecessor’s orders.

“This issue is far too important to residents who struggle to buy costly medication after paying for life’s necessities of food, shelter and heat to allow partisan politics to stand in the way,” said Pennacchio (R-24). “The new President has spoken extensively about unifying the country, but before he even got settled in to the Oval Office he pounced on the opportunity to derail a Trump initiative. Biden’s move doesn’t harm the former President, but seven million Americans are dependent on insulin and too many of them can’t afford the predatory prices. This political chess move has unnecessarily imperiled residents with nowhere to turn.”

Trump’s orders would cut costs by requiring health centers to pass on directly to patients the discounts they receive from drug companies, and allow states, wholesalers and pharmacies to deliver “safe and legal” prescriptions imported from Canada and other nations.

“These orders were meaningful steps that conveyed massive cost savings to people who desperately need it, including senior citizens on fixed incomes, disadvantaged families, and those without health insurance,” Pennacchio added. “Reinstating the changes will help protect the sick and less fortunate and allow them to purchase reasonably priced life-saving medications without sacrificing the family food money.”