Poll: Voters See Biden As 'Puppet Of The Left' 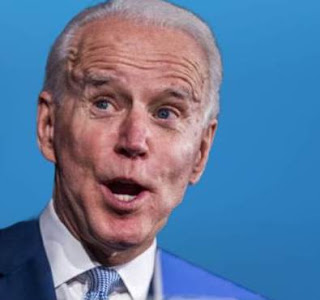 Less than a month after Joe Biden’s inauguration, most voters believe the Democrat is “a puppet of the radical left” and not the moderate “nice guy” he was portrayed as being during the election campaign.

A new Rasmussen Reports national telephone and online survey finds that 54% of Likely U.S. voters say they agree with this statement: “Joe Biden’s not the moderate nice guy that they made him out to be. He’s a puppet of the radical left.” Forty percent (40%) of voters disagree. (To see survey question wording, click here.)

(Want a free daily e-mail update? If it’s in the news, it’s in Rasmussen polls). Rasmussen Reports updates are also available on Twitter or Facebook.

The survey of 1,000 U.S. Likely Voters was conducted on February 16-17, 2021 by Rasmussen Reports. The margin of sampling error is +/- 3 percentage points with a 95% level of confidence. Field work for all Rasmussen Reports surveys is conducted by Pulse Opinion Research, LLC. See methodology.