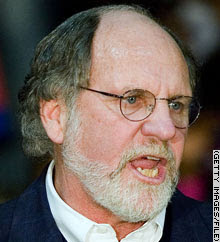 Under wacky Governor Jon Corzine and backed-up by iron-fisted Democrat rule in the state legislature the bad news in Joisey just never ends.
Corzine's administration this week announced that they plan to base this year’s property tax rebates on 2006 property tax bills. Therefore, if you are one of the many whose property tax rate increased in 2007, you will see no additional relief this year.
Corzine and the Democrats boasted before last year's election that they had achieved sustainable property tax relief for New Jersey homeowners. Apparently, they meant sustainable for one year.
According to the legislation, passed in early 2007, property tax rebates are supposed to be based on the property tax bills in effect each October. Property taxes rose, on average, 5.5 percent last year, despite the legislation that called for a 4 percent cap.
And there's more - last week it was Union City bus drivers receiving up to $73,000 in overtime pay, including six hours of OT a month for charging their cell phones. This week, we learned the state paid more than $3,700 on six cigarette lighters for inmates at a facility for sex offenders.
A report by Millennium Radio News revealed that the state Department of Corrections paid a total of $3,734.10 for the six wall-mounted lighters. That price translates to $622.35 per lighter with New Jersey taxpayers footing the bill.
A state official defended the purchase of those lighters noting that they are outdoor lighters for the inmates when they "go out to recreation," and adding that inmates are not allowed to have personal lighters or matches. Just last month the Legislature passed a bill, A-2308, which banned smoking altogether on the grounds of state psychiatric hospitals.
Posted by Dan Cirucci at 8:49 PM