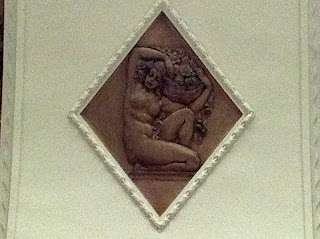 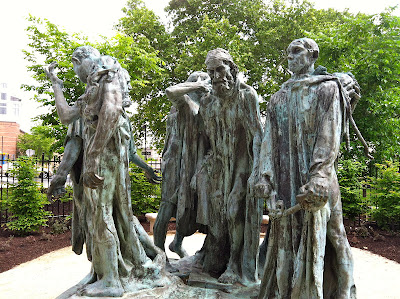 On July 13 Philadelphia’s Rodin Museum will reopen to the public, its collection reinstalled and reinterpreted and its buildings and gardens restored to the condition that visitors would have experienced when the Rodin Museum first opened to the public on the same day (Bastille Day) in 1929. This is the culmination of a three-year effort.

This summer, visitors will once again see several of Rodin’s greatest works, including The Burghers of Calais, in the garden, in niches on the Museum’s façade, and in the arches of the Meudon Gate for the first time in many decades, as Cret initially installed them.

In the galleries of the Museum, they will encounter an entirely new presentation of the collection. The reinstallation includes 90 works in a variety of materials—bronze, marble, terracotta, and plaster—that survey the genesis and development of Rodin’s monumental The Gates of Hell, a project inspired by Dante’s Inferno that consumed the artist for nearly four decades, from 1880 until his death in 1917.

Visitors will be able to learn more about Rodin’s work through new interpretive tools, including a new mobile app, and new public programs such as family activities and performances. The Rodin Museum will be open to the public from 10 a.m. until 5 p.m. Wednesday through Monday. It will be closed on Tuesdays.

“The opening of the Rodin Museum in November 1929 represented a high point in this city’s efforts to create the Benjamin Franklin Parkway as a great civic space,” said Timothy Rub, the George D. Widener Director of the Philadelphia Museum of Art. “As this important cultural district reaches another milestone this summer, with the opening of the new home for the Barnes Foundation just across 22nd Street, it was both fitting and necessary for us to focus attention on the Rodin Museum. This is, fundamentally, an act of stewardship, restoring one of Philadelphia’s loveliest buildings, which is notable for the purity of its design and the restrained elegance of its ornament, and reinstalling and reinterpreting one of the finest collections of Rodin to be found anywhere in the world. We hope that visitors to Philadelphia will count the Rodin Museum among this city’s finest artistic treasures and that the citizens of our city and region rediscover it as a place to meet, to reflect, and to enjoy the work of a brilliant and widely admired sculptor, Auguste Rodin. This has been a major undertaking, and one that involved many members of our staff,” added Rub.

The galleries will also feature other major public sculptures, including maquettes for the monument honoring the celebrated French author of La Comédie Humaine, Honoré de Balzac that became recognized as a pioneering work of modernism. Additional masterpieces on view will include Rodin’s plaster of Eternal Springtime, an evocation of human love, and the Apotheosis of Victor Hugo. A marble, The Kiss, has also been returned to its original position in the Museum. A replica of Rodin’s original, it was carved for the Museum in 1929 by the sculptor Henri Gréber, father of the Parkway’s designer, Jacques Gréber, with the authorization of Rodin’s estate. A popular favorite in Philadelphia until it was removed in 1967, its return to the main gallery reflects its importance as a celebrated element of the Rodin Museum’s original scheme.

Outside the Museum, eight works will now be displayed in the garden, most of which have not been seen there for decades. While both The Thinker and The Gates of Hell have stood in their same locations since 1929, advances in conservation undertaken by the Philadelphia Museum of Art have permitted the return of Adam and The Shade to their original places within the arches of the Meudon Gate for the first time since 1963. The Age of Bronze and Eve have also returned to the niches they originally occupied on the Museum building, overlooking the reflecting pool. To the east of the building, The Burghers of Calais once again occupies the semicircular garden where it stood until 1955, when it moved to the west entrance of the Philadelphia Museum of Art. In 1967, The Burghers of Calais was moved to the interior of the Rodin Museum, becoming its centerpiece. On the building’s west side, a space vacant of sculpture for most of the Museum’s history now contains a version of the monumental Three Shades, on loan from the Iris and B. Gerald Cantor Foundation.

The Rodin Museum is a treasure you will not want to miss!