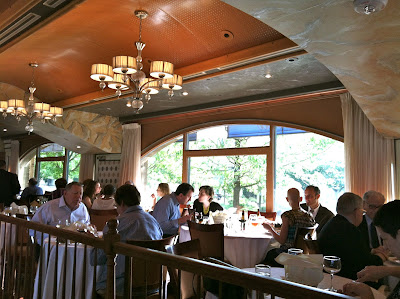 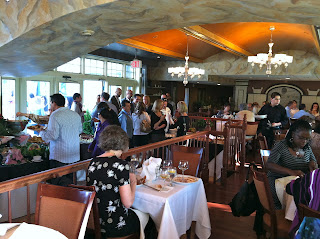 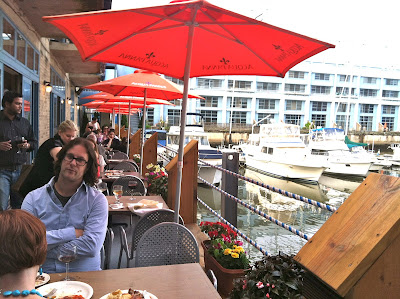 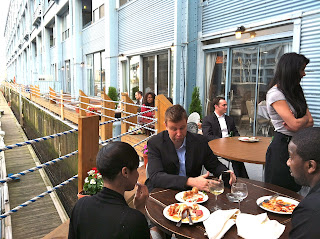 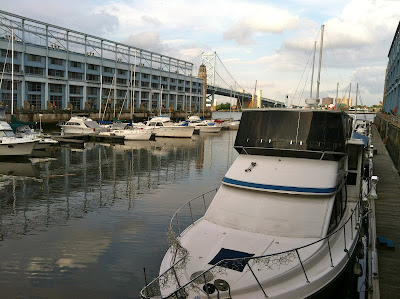 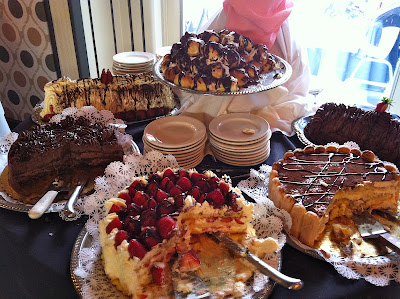 Yesterday, we attended the transformazione of La Veranda, one of Philadelphia's most talked-about restaurants on Pier 3 along Columbus Boulevard at Penn's Landing.
La Veranda's intimacy and striking views of the Delaware, the port and the Benjamin Franklin Bridge have made it a winning dining destination for 25 years. And now the restaurant, bar and waterside terrace have all been updated to make this the place where Italian fare meets the Philadelphia coast.
As you might expect, La Veranda features fresh seafood dishes but yesterday in addition to crab claws and shrimp we also sampled ham, beef, veal and penne pasta along with sumptuous desserts.
Everything was delicious.
And in the evening La Veranda takes on a magical tone as the lights of the bridge and surrounding attractions sparkle on the water. Very amore!
BTW: The sun appeared just as La Veranda's dinner event began early last evening and that's a great harbinger to the season ahead.
Hurry on over!
Photos copyright 2012 by Dan Cirucci.
Posted by Dan Cirucci at 10:40 AM