Confessions Of A Serial Reader: An Ongoing Journey 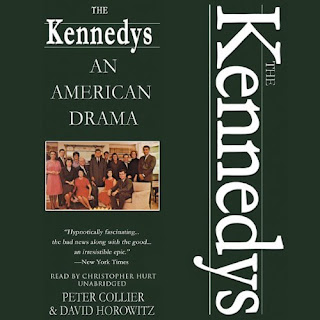 I originally thought I'd call this Confessions of a Cereal Reader because sometimes I'm forced to read the side of the cereal box and sometimes I actually read the words floating around in alphabet cereal -- even when they're all only Os.

I must finally fess up and tell it like it is: I'm a serial reader.

And I have been for many, many years.

Not that I read books that are part of a serial, as in a continuing story. No, not that.

The books I turn to are somehow related, but not in a strict snese and not chronologically.

And since I only read real stories about real people that means that one memoir or biography or autobiography leads to the next one. Let me explain to you how it works by telling you about my most recent round of serial reading.

It started with Christopher Kennedy Lawford's book Symptoms of Withdrawl in which the son of actor Peter Lawford and Pat Kennedy Lawford chronicles the underbelly of a privileged life in Hollywood, Manhattan and Hyannisport -- an anguished journey through addiction and the first stages of recovery.
Now, you might have thought that would have led to Lawford's second book, a sequel entitled Moments of Clarity. But that's not the way it works with me.

Because in his first book, Lawford made numerous references to a lifelong friend of his uncle Jack (aka JFK) named Lem Billings. Lem befriended Chris and his cousins after the assassinations of both JFK and Robert Kennedy and spent a good deal of time with these troubled. young men who were attempting to cope with horrific family tragedies. Lem Billings was one of those marginal figures in American history -- a man who knew Jack Kennedy as well as (or perhaps better than) Kennedy's own wife but also a man who we know very little about. In most JFK biographies, Lem is mentioned (if at all) only passingly.

And so this led me to a book called Jack and Lem: John F. Kennedy and Lem Billings: The Untold Story of an Extraordinary Friendship by David Pitts. These two were so close that from the moment Kennedy and Kirk LeMoyne “Lem” Billings met as students at an exclusive private boarding school until the President’s assassination 30 years later, they remained best friends. They shared confidences, exchanged countless letters, spent long periods of time together and constantly relied on one another. Yes, Jack Kennedy knew that Lem was gay. And Jack knew how Lem felt about him. But none of that stood in the way of their friendship and Lem remained loyal to Jack, to Jack's legacy and to the Kennedy family until his own death in 1981. Likewise, Lem also enjoyed a friendly relationship with Jacqueline Kennedy who respected her husband's attachment to his best friend.

But Lem was not the only one who spent time with Jack when Jackie wasn't around.

Which left me focused on one of the most intriguing figures in modern American history, Jacqueline Kennedy. The famously private Mrs. Kennedy never wrote her own memoirs but Clint Hill, the Secret Service agent who protected her (and who was with her on that fateful day in Dallas) recently penned Mrs. Kennedy and Me. In this book we encounter some of the same events and incidents detailed in the two earlier books but we also get to see things from the vantage point of Mrs. Kennedy since Hill was totally devoted to the First Lady. Looking back 50 years, Hill tells his story for the first time and it gives us a revealing insight into Jacqueline Kennedy's passions, her private world, her adventurous spirit and the loneliness that she sometimes endured since her husband was not always there when she needed him.

Because, like his father JFK collected a string of paramours, both famous and not-so-famous. One of these was Mimi Alford and I naturally turned next to her new book called Once Upon A Secret: My Affair With President John F. Kennedy and Its Aftermath. As a 19-year-old intern in the White House the then Mimi Beardsley was introduced to the president after only three days on the job and that same day upstairs in the White House private quarters she and the president had sex. Thus began a relationship that lasted for 18 moths -- a relationship that deeply affected Alford who says her first sexual experience was with the President of the United States.

To the extent she knew about them, Mrs. Kennedy seemed to react rather benignly to her husband's dalliances and ironically she often turned for solace to her father-in-law, Joseph P. Kennedy. Indeed, she and the family patriarch were said to be kindred spirits.

And The Patriarch is the title of the book I've now picked up. The Patriarch: The Remarkable Life and Turbulent Times of Joseph P. Kennedy by David Nasaw has just been published. This big, sweeping biography not only probes the relationship between Joe and Jacqueline but also examines the complete arch of Joe Kennedy's life including his rise to power, his fall from grace during the run-up to World War II, his role in the election of JFK, his many infidelities, his relationship with his wife and family, how he endured family tragedies and his own long decline as he faded from view.


Five books and counting in this current round of reading. And these merely scratch the surface when it comes to the Kennedys. Still, they cover a remarkable range: one of relatively few memoirs written by an actual Kennedy family member; a heretofore untold story penned by an outsider; a rare, up-close account by a trusted family guardian; a first-hand story by a relatively minor character in this real-life drama whose life was forever changed and the definitive biography of the clan's founding father.

But none of these books has indelibly marked my view of the Kennedys.
No, that role belongs to a book called The Kennedys: An American Drama (pictured) by Peter Collier and David Horowitz first published 28 years ago. This landmark book greatly altered my view of the Kennedys. It peeled away the facade, deconstructed the myth and laid bare the family's many erroneous zones. When I finished the last page and finally put this book aside I knew I would probably never think of the Kennedys the same way again.

And yet, after many years away from this epic story I have returned with a new round of reading and renewed curiosity. And I'm once again discovering things I never knew before.
In the end, isn't this precisely why we read?