As dining spots go Ombra and Charbar Co. are about as different as you can imagine.
Charbar Co. is a noisy, bar-centered burger hangout with memorable build-your-own burgers, tempting fries and spiked shakes. Charbar Co. says it celebrates high quality, locally and regionally sourced ingredients to create a simple gourmet menu that tastes great without the gourmet price. They say it. They mean it. They do it.
The restaurant boasts "new American" chef-inspired choices featuring not just gourmet quality burgers but other signature sandwiches, veggie and seafood burgers and salads that are as greatas the burgers -- all for around $8-10. Very appealing.
Charbar has been a Hilton Head hot spot since it opened a few months ago.
We ere there during our recent Hilton Head visit and we were duly impressed!
Ombra Cucina Rustica was another favorite of ours this time around. It has been in the making in the hearts and minds of Chefs Michael Cirafesi (formerly of Michael Anthony's) and Nunzio Patruno for a long time. Now, the time has arrived.
Together, these two have created a restaurant worthy of their Sicilian and Pugliese roots. This inviting eatery features classical Italian cuisine and premier Italian wines with a modern innovative flair. Ombra has a rustic appeal designed to evoke the feeling of going back in a time when things were slower, food and wine were savored, and the hospitality was warm.
Ombra now takes its place among the two or three top Italian restaurants on Hilton Head. We found it to be a delight.
Ombra's entrees run from $17 to $34 and the restaurant also features a chic, well-stocked bar.
Below, find photos of our dishes from both of these appealing new dining meccas. 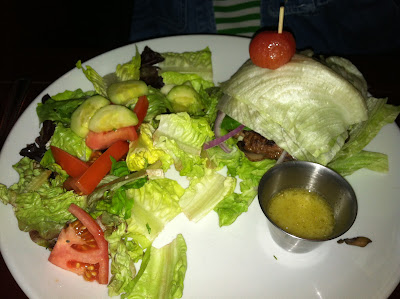 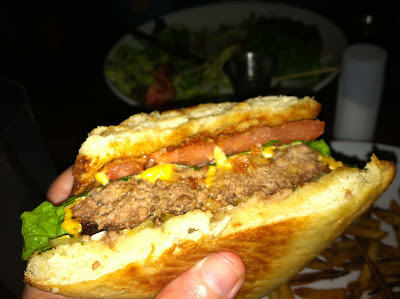