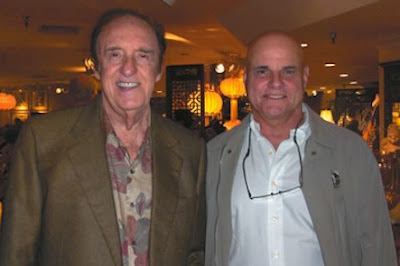 Nabors who starred in The Andy Griffith Show and Gomer Pyle USMC lives in Hawaii with his partner Stan Cadwallader. Nabors is 82 and his partner, a former Honolulu firefighter is 64.

Nabors says he’s been open about his homosexuality to co-workers and friends but never acknowledged it to the media before.

He's explained to friends that when two people have been together so long it's just "natural" that they would want to formalize their relationship.

"I'm 82 and he's in his 60s and so we've been together for 38 years and I'm not ashamed of people knowing, it's just that it was such a personal thing, I didn't tell anybody," Nabors said. "I'm very happy that I've had a partner of 38 years and I feel very blessed. And, what can I tell you, I'm just very happy."
Posted by Dan Cirucci at 11:04 AM