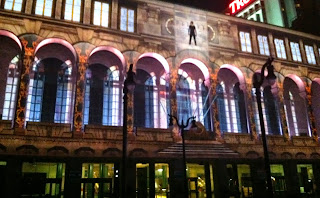 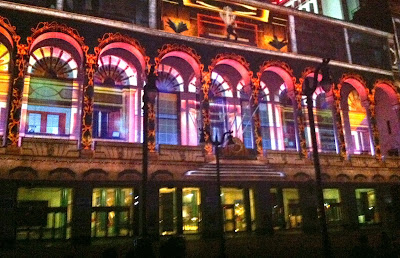 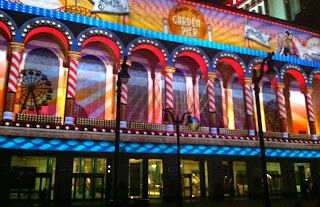 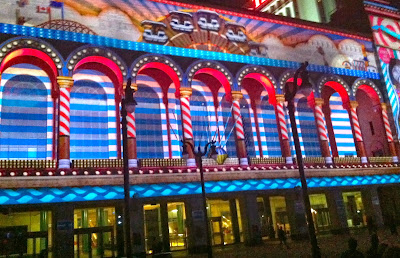 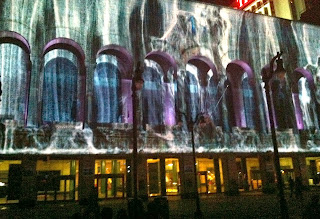 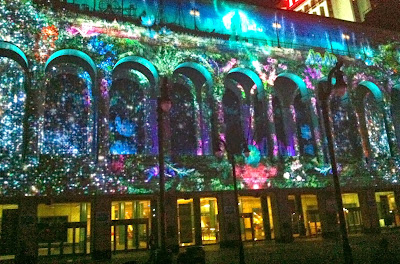 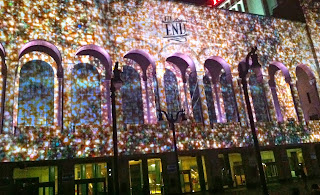 We heard so much about the Atlantic City Boardwalk Light Show that we hurried on down to AC a couple of nights ago to take in this much-heralded spectacle.
Well, guess what?
The show lives up to its hype. It's astonishing.
This 3D Light Show unfolds on the front of the world's largest quonset hut -- the magnificent Boardwalk Hall overlooking the Atlantic Ocean right in the middle of the world famous boardwalk. This is the hall where nearly every Miss America has been crowned.
Have you seen the light show at the Comcast Center in Philadelphia? Well, we think this is even better.
The hall comes alive in a magical display of colors and movement that transform it into a train station, then a hotel, then a mystical undersea world and so much more.
Neither a video not still photos can capture the magic. You've just gotta see it live.
The show we saw is called AC Dreamin.
This is the fourth show created by Moment Factory, a Montreal-based new media studio.
AC Dreamin’ invites visitors to navigate six different magical worlds: a mysterious train station, a luxurious hotel, a crazy theme park, a surreal lighthouse, a dreamy underwater world, and the fantastic Boardwalk at night. Viewers follow a magical dream shared by two friends in a modern fairy tale.
For the first time in the Boardwalk Hall project, Moment Factory used live-action footage with actors performing in a narrative linking the show to the spirit of the city. Thanks to the show’s 3D mapping and innovative storytelling, tourists and residents will experience some of Atlantic City’s iconic public spaces in a completely new way.
AC Dreamin’ joins sister shows Boardwalk Beat, Duality and Winter Sweet as part of Moment Factory’s only permanent, year-round installation in the United States. Each show and the technology behind them are uniquely designed for Boardwalk Hall. An estimated 212,500 visitors have seen the light shows since the debut in summer 2012.
AC Dreamin’ debuts to the public on Thursday, August 29 and runs every half hour nightly.
The show is free to the public.
Don't miss it!
All photos copyright 2013 by Dan Cirucci.
Posted by Dan Cirucci at 5:06 PM